Contemporary of the stories of Homer, back in the VIII century B.C. is a winery near Cádiz, in the Phoenician colony of the Castillo de Doña Blanca, the first trace of the wine industry in Spain.Since then, the fame of Spanish wine has reached the whole world and can be compared with the best in France or Italy.

Spain has around seventy designations of origin distributed throughout the peninsula and the two archipelagos: Canarias and Baleares.Among the main ones are:

It is considered one of the main wines of the world. The designation of origin is spread over 65,000 hectares in the north of Spain, crossed by the Ebro River, between the autonomous communities of La Rioja, Navarra and the province of Álava (Basque Country).

Rioja wine is preserved in 225-litre oak barrels with a minimum aging period of 1 to 3 years. Among its red wines, the variety that has given it more fame, Marques de Caceres, Vina Alberdi, Marqués de Murrieta, Viña Ardanza, Muga and Marqués de Riscal stand out.

In recent years Ribera del Duero wines have achieved enormous fame. The designation occupies a part of the Castilian provinces of Burgos, Segovia, Soria and Valladolid, crossed by the Douro River.

The moderate rainfall of the area, together with dry summers and long and rigorous winters, make up the development of the vineyard and the ripening of the grapes. Among the more than 1,200 brands of this designation of origin, the red wines Protos, Vega Sicilia Único, Tinto Pesquera, Pago de Carraovejas, Arzuaga, Carramimbre and Valduero stand out. 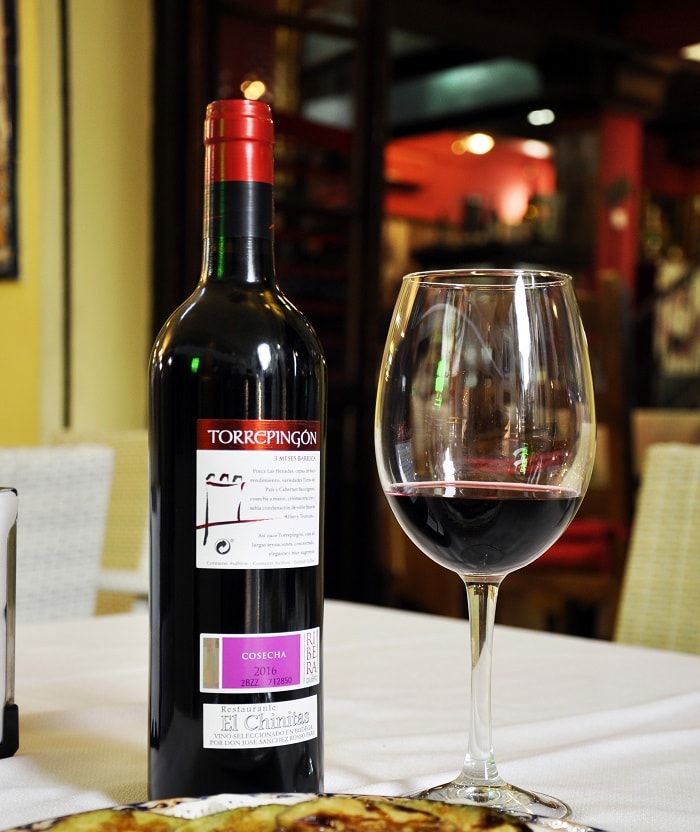 From the heart of La Mancha, the homeland of Don Quixote, is the designation of origin of the popular Valdepeñas, whose territory only covers ten locations in the province of Ciudad Real. Many of these towns were former possessions of the orders of the Knights of Santiago and Calatrava. The Valdepeñas denomination has 22,000 hectares irrigated by the Jabalón River. Its vineyards, resistant to continental climate and low production, produce wines such as Señorío de los Llanos, Pata Negra, Viña Albali, Corcovo, Don Aurelio or Balthasar.

One of its wines had great fame in the court of the Catholic Kings, the promoters of the American adventure of Christopher Columbus. Nestled in the heart of Castile, between the provinces of Valladolid, Segovia and Ávila, Rueda’s designation of origin spans nearly 16,000 hectares and has 70 wineries.

In Rueda the Verdejo grape reigns, which according to tradition brought in the 11th century the Mozarabs (Christians in Muslim territory). Some Verdejo wines from Rueda (white) are Caserío de Dueñas, Belondrade and Lurton, Malcorta, Marqués de Riscal Verdejo and Palacio de Bornos.

At the junction of the valleys formed by the rivers Miño, Avia and Arnoia, in the Galician province of Orense, there is, along 2,500 hectares, the designation of origin of Ribeiro (‘river bank’ in Galician).

One thousand years ago, the Benedictine monks recovered viticulture in this greenest area of Spain that has the distinction of having four climates: Atlantic, Continental, Mediterranean and oceanic.

The Ribeiro wines par excellence are white, and they are among the best in Spain. Among them are Ailalá Treixadura, El Paraguas Atlántico, Coto de Gomáriz, Máxima Casanova, Sur and Viña Costeira.

Penedés, a word that comes from the Latin pinna (peña or roca), refers to the rocky soil of this Catalan region, between the provinces of Barcelona and Tarragona.

With 26,000 hectares of vineyards and about 270 wineries, it is the most visited wine region in Spain. It produces wines but also cava, the frothy drink that has its own designation of origin .

The production of chacolí, the white wine typical of the Basque Country, is divided into three designations of origin of this autonomous community: Álava, Vizcaya and Guetaria. Back in the day chacolí (txacolí in euskera) was produced in an artisan way in hamlets until it began to be commercialized in the days of Cervantes.

This designation of origin is twinned with the wines of Jerez, since it is supervised by the same regulatory council. The first time this chapter is mentioned in writing is in the eighteenth century.

The main feature of manzanilla, in addition to the added alcohol, is that it ages under a layer of yeast called the flower veil. It is the wine of a single town, Sanlúcar de Barrameda, something that the EU backed in 1996, which implies that when someone asks for manzanilla, it can only be from Sanlúcar.

Among the most renowned are Manzanilla Past Pastora, La Guita, La Gitana, La Kika and Sacristía AB.

On our food tour in Seville, you’ll get to taste manzanilla en rama which is an unfiltered natural wine: a pleasure to your taste buds and your senses.

Considered the oldest designation of origin in Spain, the wines of Jerez take their name from the stately city of the province of Cádiz. In general, the classic Sherry wines are obtained in a process in which alcohol is added to a young white wine of palomino grape.

These are the so-called ‘generous’ wines and depending on the degrees they reach -up to 15 or 17- they will be obtained in several types: manzanilla, fino, amontillado, oloroso and palo cortado. 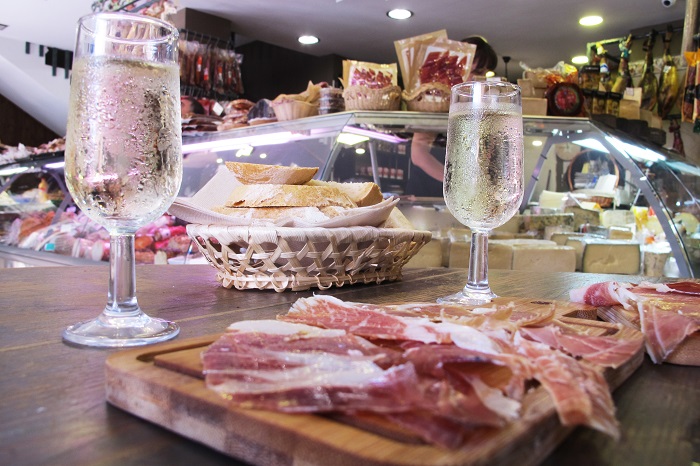 Consumed by the first presidents of the United States and mentioned in the trilogy of the Three Musketeers of Dumas, the fame of Malaga wine reached Russia in the eighteenth century.

Currently, it is produced in 67 municipalities of the province of Malaga and depending on the aging time it receives a certain name: Pale (up to 6 months), Noble (2 to 3 years), Añejo (3 to 5 years ), Trasañejo (more than 5 years).

The most famous are the sweet wines, which are made with overripe grapes or raisins. 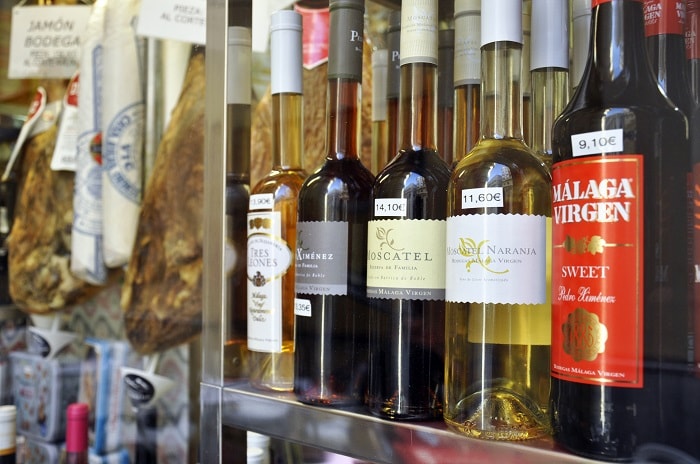 In addition, it is produced in the same municipalities although the wine is made in wineries in the Serrania de Ronda and with grapes from the area. 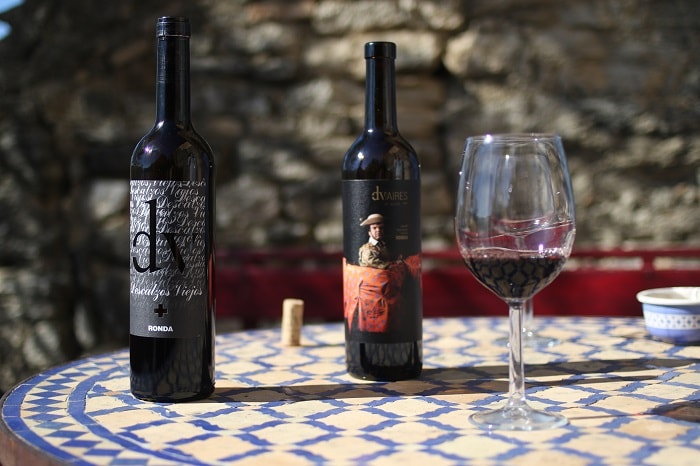 Seven municipalities in the center and south of the province of Córdoba form the designation of origin Montilla-Moriles, in addition to the towns of Montilla and Moriles. Because of its climate, they are the earliest in Spain in terms of harvesting: they begin at the end of August.

In addition to white wine, its different types of generous wines are well known: fino, amontillado, oloroso and palo cortado. As a fun fact: the amontillado was used in past centuries to perfume handkerchiefs.

Our food tour in Cordoba features some of the best wines from the province. 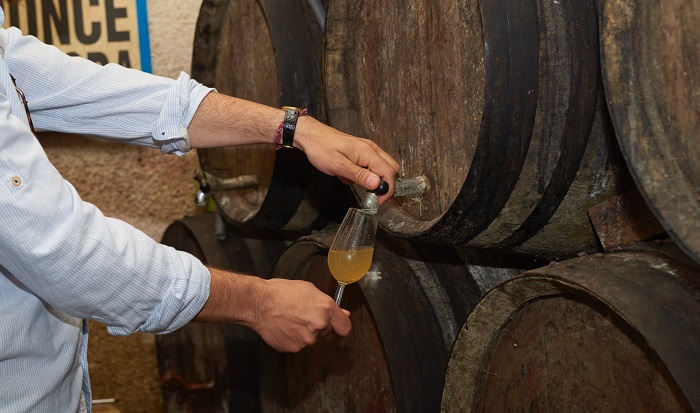 The designation of origin Granada include all the 168 municipalities of the Province of Granada.

Typical grape varieties include Vijiriega, Muscatel and Pedro Ximenez, among the whites, or Tempranillo, Garnacha and Monastrell, in the red ones,

A curiosity of this designation of origin is that some of the wines are fermented in caves. 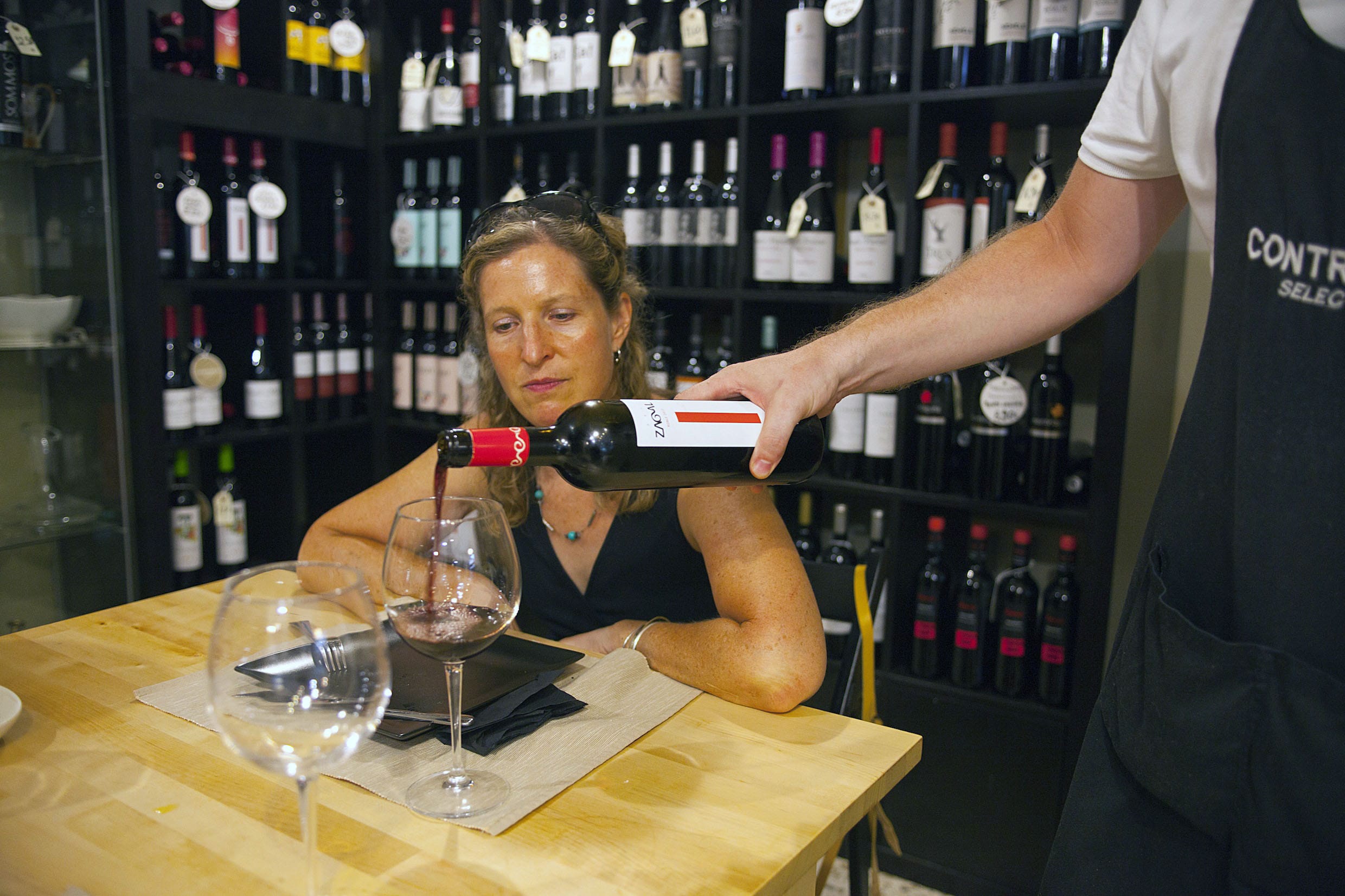 The designation of origin Condado de Huelva is more than 3,000 hectares, in the surroundings of the Doñana National Park. It is very probable that the wine of Huelva was the one that was drunk during the crossing of Christopher Columbus to America, who left from these coasts of the Andalusian Atlantic.

The classic white grape of the County of Huelva is the zalema.

A curiosity of this designation of origin is the orange wine, with aromas of bitter orange bark. But its really famous for its white wines, among which we can find Viñas Altas Blanco, Marqués de Villalúa, Oliveros Coupage, Mioro and Castillo de Andrade.