Much more than a food tour

On our 3.5 hour Taste of Granada Tour, you’ll have the opportunity to discover the best food at local hidden eateries,  meet the wonderful people behind these traditional and modern dishes and listen to their fascinating stories.

Have a stroll through the beautiful city centre, tasting a selection of locally made specialties paired with delicious wines. From local style ham cured in the mountains, to dry fruits and nuts in one of the oldest ultramarinos (grocery shops) in Spain to traditional Granada tapas in a charming family-owned restaurant you’ll enjoy delectable dishes and drinks as you learn about Granada’s rich history and culture.

During the entire itinerary, a local Food Sherpa who is an expert and passionate about our culture and local cuisine will share anecdotes, details about life in the city and insider tips for the rest of your stay.

After the tour, you’ll be left full and feeling like a true insider! 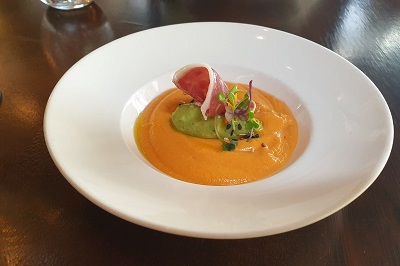 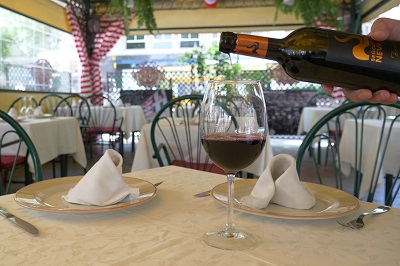 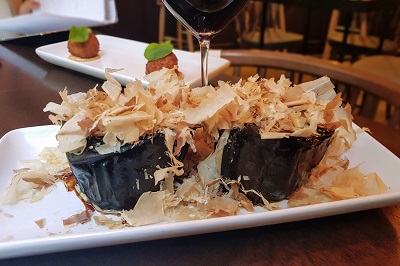 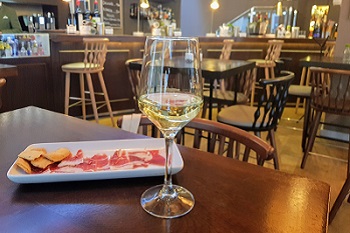 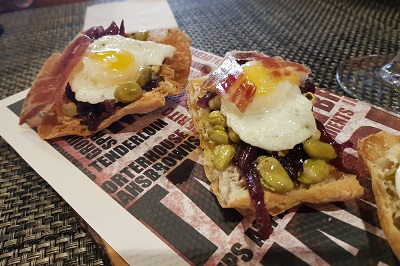 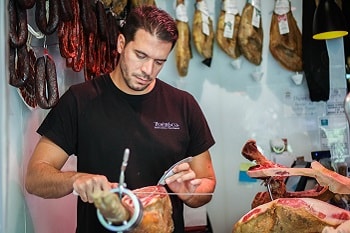 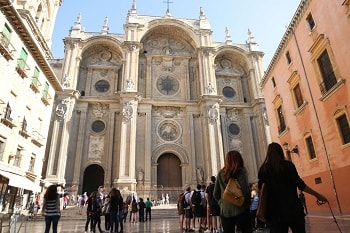 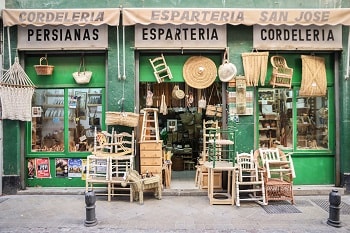 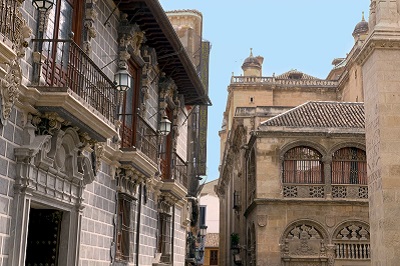 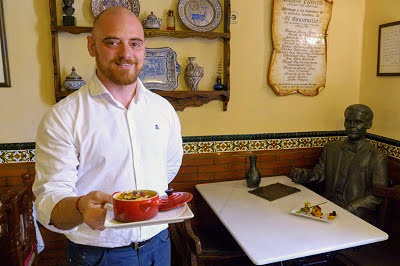 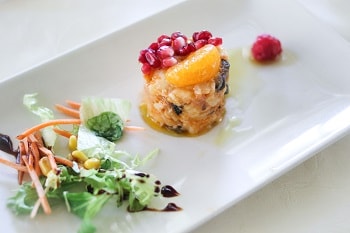 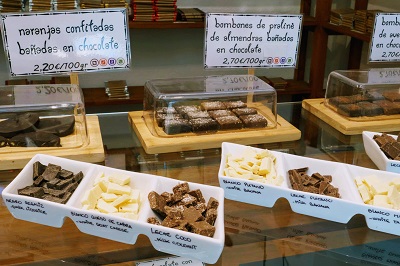 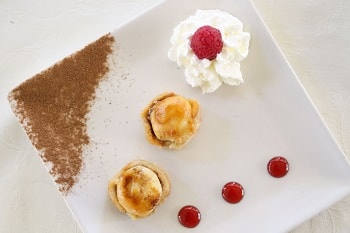 Discover the local ham, wines, and typical dishes of Granada on a 3.5-hour walking tour. Learn about the most traditional foods produced in Granada province with your knowledgeable foodie guide.
Hear about Sephardic, Berber, Nasrid, and even Roman influences in Granada’s cuisine. Learn how ham is cured in the Alpujarra mountain villages, and dried with the fresh Sierra Nevada air. Taste different hams, Serrano from Granada and the prestigious Iberian ham produced in Andalusia.
Taste some of the local drinks such as Tinto de Verano and  Wines produced in the local Granada D.O.P region. See one of the oldest taverns in Granada and soak up the atmosphere of the city through its cuisine.

Indulge in traditional tapas that reflect our local gastronomy, created with autochthonous ingredients and authentic recipes. Taste then in a well-loved by locals place to experience the art of tapear. It’s a hidden tavern that lives an intense hustle and bustle, a constant coming and going of people who know that they will find what they are looking for there: for example their homemade vermouth or their hearty tapas.

The Tour ends in a mythical place of Granada’s gastronomy, whose owner Dani describes as “a site that is a bit of everyone and a lot of Granada”. It is located in the same facilities as Café Alameda years ago, the one that was frequented by Federico García Lorca and Manuel de Falla.

Their dishes are based on traditional food, such as the exquisite remojón granadino, or dishes made with locally produced vegetables such as beans, asparagus or artichokes from the Vega de Granada.

Throughout the whole activity you will be guided by a member of our team, a Food Sherpa, an expert in our local culture. A person with a deep knowledge of the best-kept foodie secrets of Granada.

Don’t miss this opportunity to experience the best places to eat in town and to discover hidden gems that even locals don’t know about!

*Tastings and Tour stops are likely to change to reflect seasonal produce, and our partners availability.

Free Cancellation up to 24h

Free cancellations or date changes (subject to availability) are allowed up to 24 hours before it starts.

Free cancellations or date changes (subject to availability) are allowed up to 10 days before it starts.

Our booking system Bookeo is secure and safe for credit card use. All transactions are processed through a PCI Compliant processor, Stripe which is certified to PCI Service Provider Level 1. You can refer to Stripe’s security protocols here

Can I book a private tour?

Yes! Our daily tours can be booked as private for groups of up to 10 people and custom tours for larger groups.

If you are 10 or less, just tick the checkbox “book entire activity” at the time of booking and that’s all!

How much food is served?

Our Granada Food Tour serves enough food to be equivalent to a hearty lunch or dinner.

Should I take the tour at the beginning of my stay?

Although anytime is a good time to do a food tour or a cooking class, if it fits your schedule, it’s best to book the tour/class early on your trip because you’ll come out with lots of recommendations for other places to try and things to do.

Also, after the tour in Granada, you’ll receive our Dining Guide that comes with a handy map where we have put all our favourite places to eat and drink.

I am a solo Traveller. Can I join the tour?

Of course you can! One of the great things about our tours is the opportunity to meet other travelers from all over the world.

Our tours require 2 people to take place. If there is no one else booked, you can sign up for the class without paying and will receive a confirmation pending email. When the minimum number is reached, your booking will be automatically accepted and you’ll be asked for the online payment

What People Say About Our Tours

“Unlock the hidden gems and history of Granada’s famous tapas.”

I really enjoyed this experience, I went with a friend but as the groups are small and intimate it would also be great for someone visiting by themselves.

“This is a MUST for anyone visiting Granada! ”

A highlight for us was visiting one of Spain’s oldest shops selling dried fruits and an amazing selection of nuts, along with tasting Granada’s award-winning tapas. 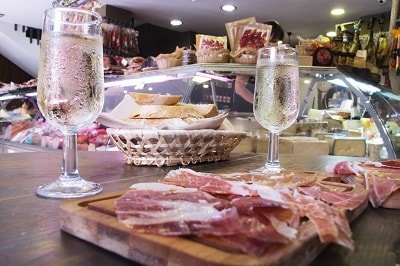 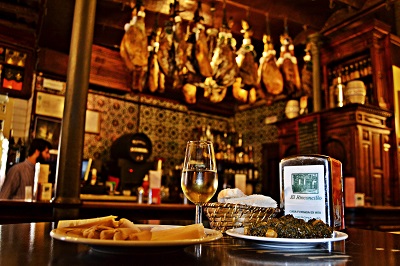 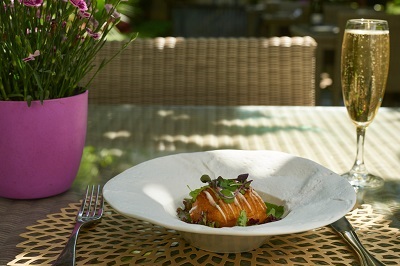 Eat Your Way Around the City with the most Unesco Heritage Sites in the World like a true Cordobés.You will enjoy a range of tastings as you stroll past old churches and down the narrow streets of the historic quarter.
67 eur
LEARN MORE
Page load link