Malaga Wines & the Founding Fathers of the United States

The fame of Málaga’s wine is reflected in such famous sagas as The Three Musketeers and in the last third of the 18th and early 19th centuries it was the usual drink among the first presidents of the United States: the so-called Founding Fathers. 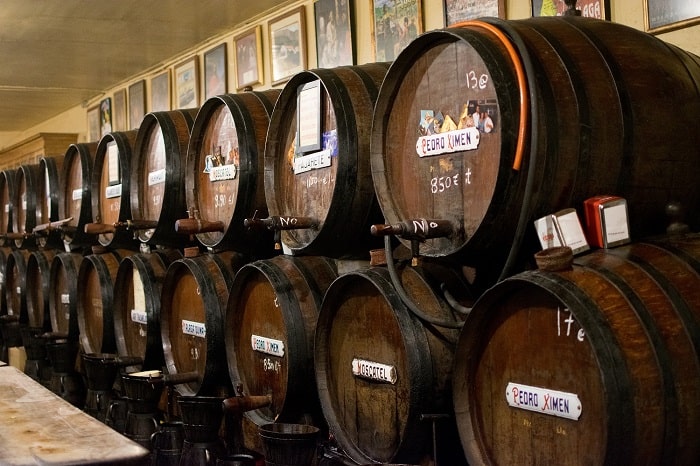 The Three Musketeers, the unforgettable creation of the French Alexandre Dumas, was so successful that its author decided to write two more parts to please the public: Twenty years later and The Viscount of Bragelonne.
Precisely in this third and final part, The Viscount of Bragelonne , which contains the well-known episode of the man in the iron mask, one of the chapters bears the name of Malaga, the oath that Planchet, D’Artagnan’s assistant, employs to give encouragement and strength and that makes reference to the raisins of Malaga. 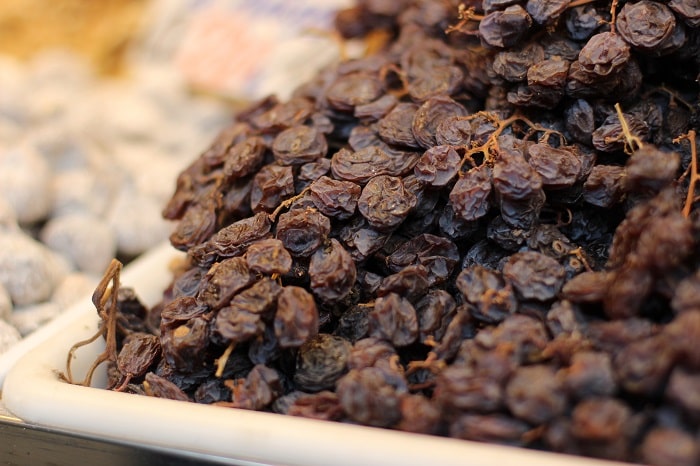 In fact, the international fame of wine began to be forged in that last third of the eighteenth century, when the port, which since 1529 was authorized to trade with the Spanish Antilles, could also trade with Buenos Aires, South America and with authorized ports of Chile and Peru.

Then came to the city foreign houses that were dedicated to distributing the wine of Malaga to half of the world. The Empress Catherine the Great knew of the sweet wine of the distant Andalusian land and commerce with America also made it known in the 13 English colonies that became independent in 1776.

That same year, the famous inventor Benjamin Franklin, who served the cause of the American rebels, stayed in Paris and among his documents was found a letter that mentioned “the supply of 100 bottles of Malaga wine for the dignitary”. 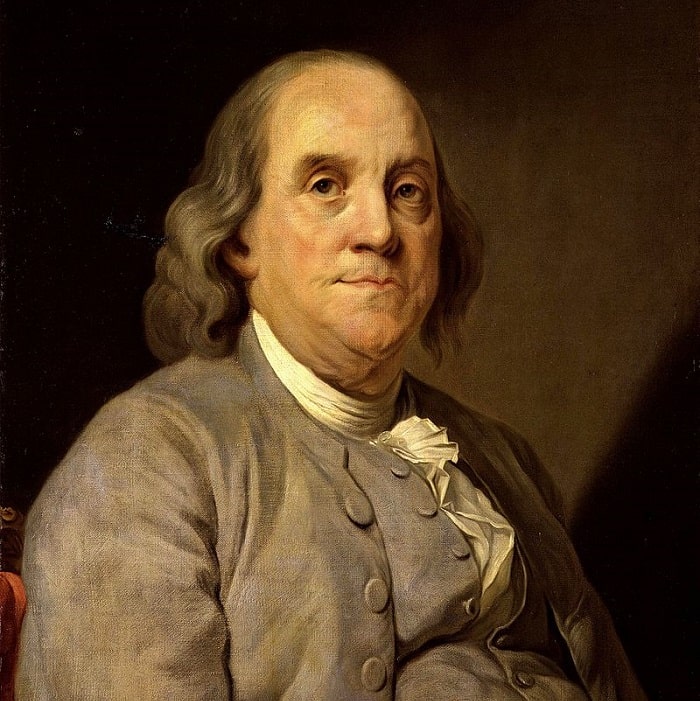 Sweet wine was used for all kinds of occasions, also celebrations, as Franklin himself told his wife Deborah, dated August 14, 1771 in London , when he attended his grandson’s birthday in Hampshire.The widow of a cleric who exceeded one hundred years attended the small party and in her toast , explained Benjamin Franklin “the venerable lady began with a generous glass of Mountain “.

The Mountain refers to the Montes de Malaga. 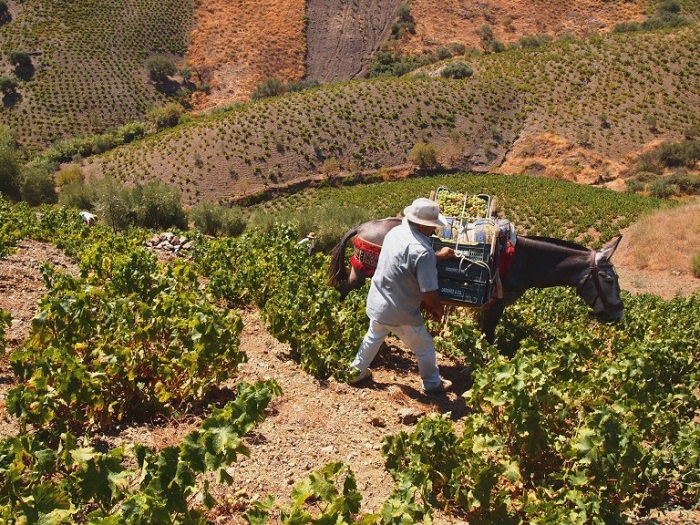 He was not the only American dignitary to enjoy Malaga wines. A promising 25 year old single bachelor, stationed in Virginia and at the time served England, he asked for in a letter in November 1757 his friend Sarah Cary Fairfax, “a bottle or two of Mountain .”The promising military man was George Washington and he certainly drank wine by medical prescription, because he had an upset stomach, “and Mr. Green (the doctor) has ordered me to drink a glass or two every day, mixed with water or arabic gum”.

Already in the War of Independence, the wine of Malaga became a prized booty of war. This curious fact is recorded in a letter dated in Boston in 1779, in which John Bradford informs General George Washington that “the hazards of war have left in my possession a quarter of wine shipped in Malaga that had been reserved exclusively for General Clinton. ” British General Henry Clinton was the commander-in-chief for British America. Needless to say, the booty of war was offered to George Washington.

But the first president of the United States also tried to grow vines with the aim of getting wine from Málaga. In Mount Vernon, Virginia, he had his family plantations and in a letter he sent to the administrator in 1793 he wrote the following indication: “The seeds in an envelope are Malaga grape, the gardener wishes to plant them, watch them carefully.” In a second letter, a week later, George Washington is more precise: “The seeds in an envelope are Malaga grapes that must be delivered to the gardener. The last ones I sent were of the white variety, essentially, the same thing. ” 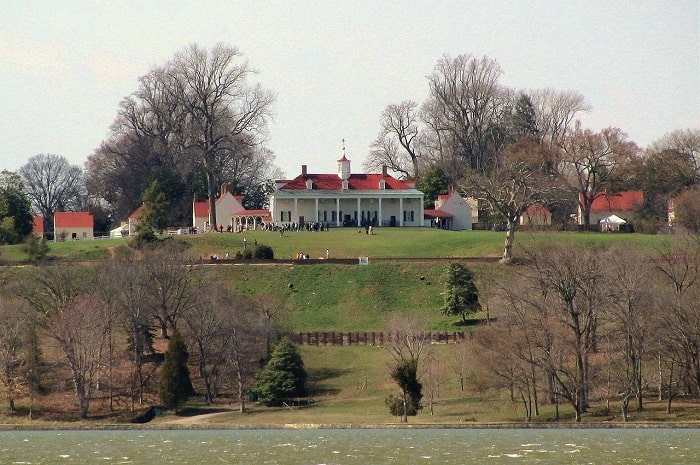 A similar trend is seen in his successor, the second president of the United States, John Adams. In a letter written in a very casual tone and dated long before his presidency, “at 4 o’clock on the afternoon of May 4, 1764,” he comments that besides taking a horse ride and drinking oysters “I drank Frontinac and Mountain Málaga ”

Following the list of presidents of the United States, there is also evidence that Thomas Jefferson, reputed to be the greatest lover of wine of all the Founding Fathers of the new nation , drank wine from Malaga. In fact, he had a great relationship with the Spanish merchant Joseph Ynardi, who in 1801 wrote to the president to tell him that he was confident that “the Xerez, Pajarete and Málaga wines that I have ordered to Spain should arrive soon and the Morgan and Price trading house will make sure to direct them to you. ”

Of the fourth president, James Madison, mentions of invoices of barrels of wine of Montes of Malaga are conserved, that by the way cost 28 dollars each one.By an old presidential list of purchase it is known that Madison drank wine from Malaga at age 79.

Whether as a medicinal remedy, dessert or toast for a special occasion, these historical brushstrokes loaded with good wine assure us that the international fame of Malaga wine comes from afar and that it attracted the attention of the most distinguished palates. 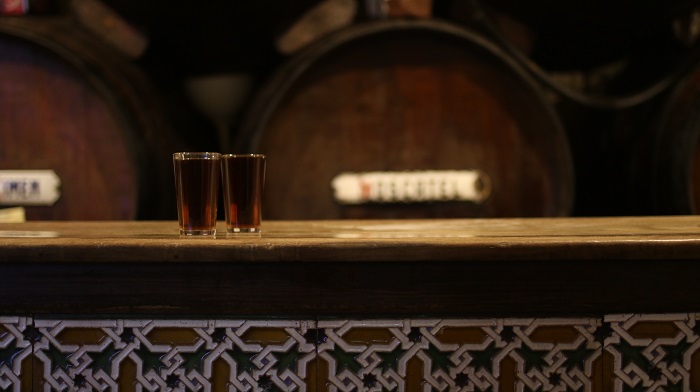 And while you are in Malaga , don’t forget to join us on the  Wine & Tapas Evening Tour to sample , among many other delicacies, the same Malaga wines the Founding Presidents drank and learn about Malaga’s culture and history.