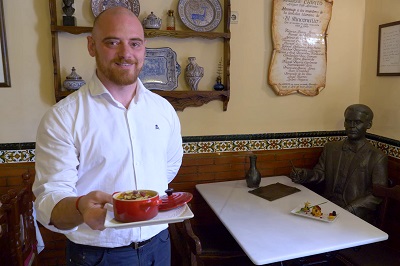 Discover how locals in Granada eat out and try some of the best foodie places in town. Enjoy delectable dishes and drinks, at the same time you learn about Granada’s rich gastronomy, history and culture.
65 eur
LEARN MORE 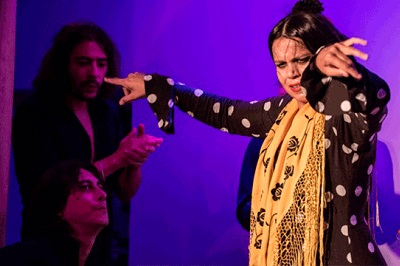 Get to know Granada’s passionate flamenco culture, and taste some of the best tapas on this 4 hours Granada Flamenco and Tapas Tour!
87 eur
LEARN MORE 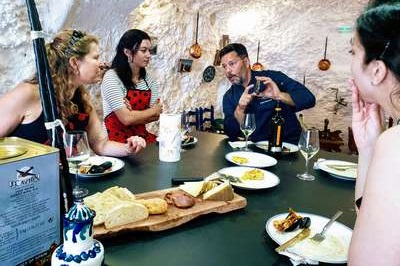 Discover how an authentic Spanish Paella is prepared on this Hands-on Cooking Class set inside the most typical district of Granada, the Sacromonte.
71 eur
LEARN MORE 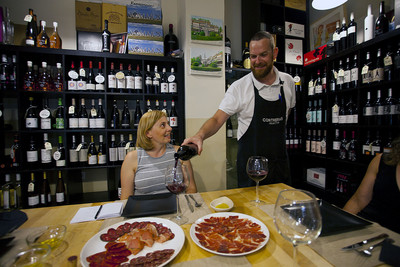 Join us for a fun and delicious evening and learn how Granada´s wine industry is making its way into the Spanish Gastronomic Scene!

Perhaps the local food in Granada is not as well-known as its glorious Alhambra Palace. However the cuisine really should be recognised. The province of Granada has a varied geography, from the Costa Tropical with its legacy of Rum production in Motril. Local mangoes and tropical fruit grown at sea level. The province reaches high up to the peaks of the Sierra Nevada Mountain range with its autoctonous species and plants.

Cultivation of most plants and produce in Granada is possible due to this rich variety of unspoilt terrain and its crystal clear waters from the Sierra Nevada. Along the Granada coast seafood and fishing are abundant too, then there are inland gems like the Organic Caviar Factory in Riofrio and delicious Lamb from the north of Granada. Unique products ´Made in Granada´ and relatively unknown.

With such bountiful land seasonal produce here is varied and delicious. Locals enjoy almonds produced in the region and fresh broad beans cultivated on the vega (plains) to the South of the city, it´s no surprise they don’t care about sharing these culinary treasures with the world.

This well-kept secret of great food in Granada is eclipsed by the Tapas scene in the city. As the local bars in the city offer a complimentary tapa with each drink, often visitors don’t manage to get past this initial offer.