Skip to content
Home » Recipes » Andalusian Gazpacho, Salmorejo, Porra – Are they all the same?

Andalusian Gazpacho, Salmorejo, Porra – Are they all the same?

The doubts can assault any lover of the local cuisine, when ordering porra, salmorejo, gazpacho or zoque. Dishes, which are mainly based on tomato and bread, along with oil, vinegar, garlic and salt.

However, there are some differences that perhaps the visitor is unable to see (or taste), but that do nothing but to enlarge a healthy culinary rivalry between the typical salmorejo of Cordoba and the traditional porra from Antequera, always with the gazpacho as a neutral and refreshing observer and the zoque malagueño as a variety in the capital of the province, Malaga. 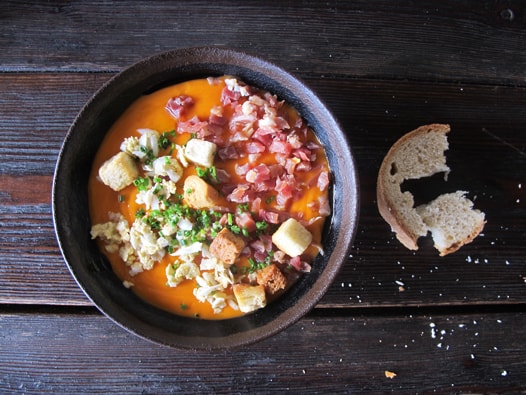 Salmorejo vs Porra. What’s the difference?

The salmorejo is originally from Cordoba. It is a thick soup made with tomatoes, bread, olive oil, vinegar, garlic and salt, that is served cold. The porra on the other side, has its origin in Antequera, in the north of Malaga’s province.

It is a thick soup made with tomatoes,bread, olive oil, vinegar, garlic and salt, that is served cold. So what’s the difference then? Not more than a pepper. In the latter one, a piece of green or red pepper is added to the recipe, which gives the dish a more intense color.

Traditionally, salmorejo is a little more liquid because it contains less bread or a bit more tomato. On the other side the porra tends to have more consistency and thickness. In addition, both dishes are usually accompanied by diced ham, croutons, boiled egg and tuna, although this will vary due to the tradition of every village. 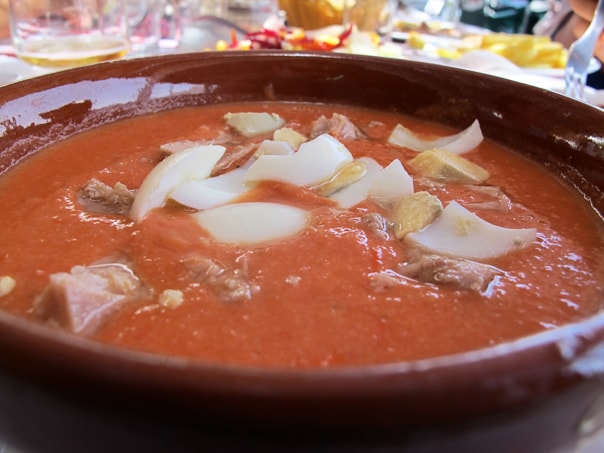 Porra with boiled eggs and tuna

Every cuisine is a world of its own, as evidenced by the Salmoreteca, where the salmorejo is prepared in a thousand ways. Or the white porra of the Arte de Cozina restaurant in Antequera, where they almost recovered the ancient recipe of the porra and salmorejo when, centuries ago, there were no tomatoes incorporated.

The truth is that the salmorejo and the porra differ very little from one another and that in each of the 115 existing villages that separate Antequera from Cordoba it’s done in their very own style. But there is one key factor: the importance of the bread and the tomato in both dishes.

Therefore, in each Andalusian village it is made with a different personality that is marked by the quality and ripeness of the tomato, and the characteristics of the bread (with more or less crust, humidity or amount of crumbs for example), as well as the kind of oil and olive variety with which it has been made. And also, of course, the hands and abilities of the chef.

The gazpacho is more liquid because it usually doesn’t contain bread (we add a bit on our coocking classes), so it can even be served in a drinking glass.

And if from the porra to the salmorejo there is just a difference in the name and a bit in the consistency, we follow the journey a little further to reach the gazpacho. A cold soup that is made with the same ingredients as described above, plus usually cucumber, which give it a more refreshing touch. But as in Spanish Omelette with or without onion, there is also a debate about Gazpacho with or without cucumber.

Tip: If there’s someone who doesn’t like cucumber, just dice it and add it as garnish. 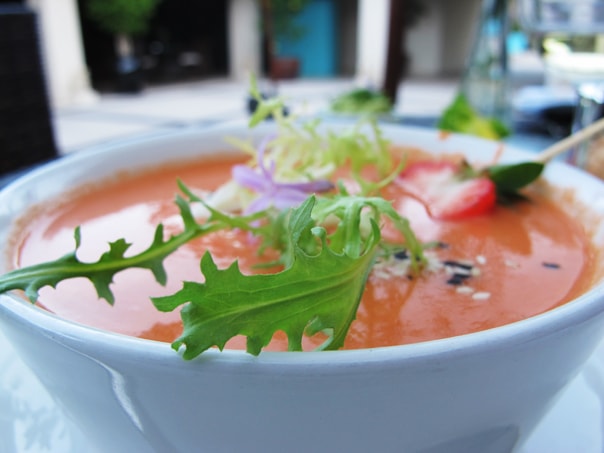 Chefs like Dani Garcia have taken it as a reference to create gazpachos with other products such as strawberry or cherries, although there are others like watermelon, apple, orange, honey melon, mango and even pistachios. The colors of these gazpachos are very diverse, but with one common denominator: they are a perfect dish to freshen the summer. 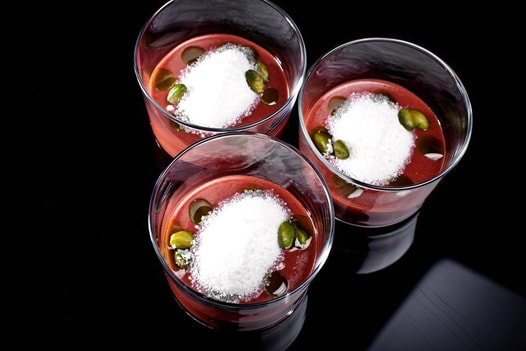 In the provincial capital, Malaga, there is another variety called Zoque. There are recipes very similar to the one of the porra and others where the difference lies in the use of carrots, a vegetable that is never part of the dish from Antequera.

Depending on every palate, taste preference and ingredients used (bread/tomato), it can be served more creamy or liquid. It is also very common to serve it together with some anchovies marinated in vinegar or “escabeche”, which adds the Mediterranean touch of Malaga.

Curiously, the origin of the word Zoque comes from the Arabic term suqat, meaning waste or worthless objects. Definition referring to the hard bread used in the soup: the Zoque was (and is) a good way to recycle it. 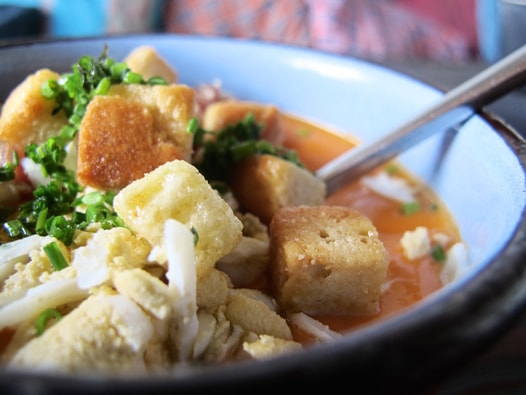