One Day in Ronda: Beyond the Puente Nuevo Bridge

The city of Ronda is like a dream come true. It looks like a place from another time. It is a city that allows us to discover all the civilizations that passed by. Or a city that makes us learn about know myths and legends from bandits travelling all over the mountain range 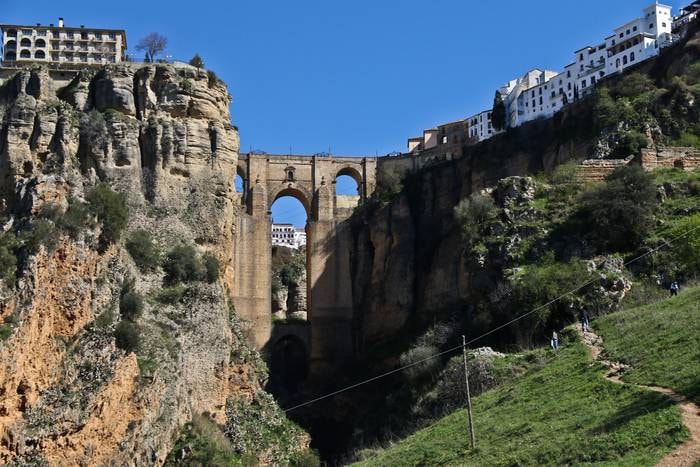 Ronda’s dream starts in its Puente Nuevo Bridge, commonly known here as “El Tajo”. It is a breathtaking structure which makes the viewer dizzy both because of its height and its beauty. This bridge links the old part of Ronda with the new one. It is the perfect place to understand how interesting a day around this lovely city can be.

A city that is both famous and unknown around the world: Ronda has still plenty of things to be discovered.

The sun rises and the day gets started with one of the best moments to enjoy the city: its breakfast. There are lots of possibilities in Ronda to have breakfast, but two among them stand out:

The first one is located in the San Francisco neighbourhood and its name is Ronda Sweet Bakery: it is a nice small place with tiny pastries and special breads. Likewise, they organize several workshops  about how to make muffins or bread. 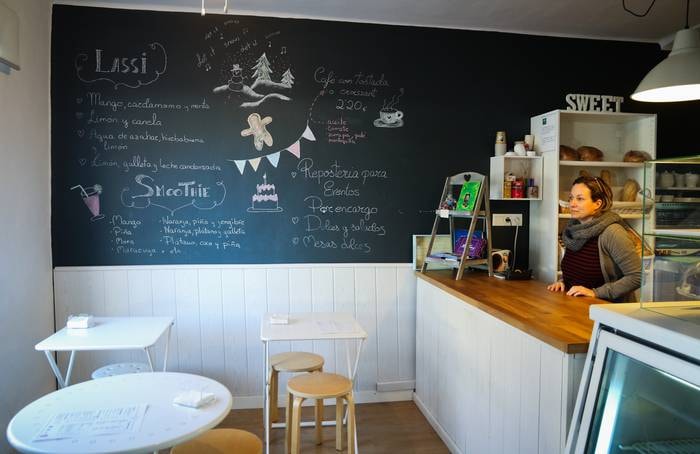 The second one is located in the new part of the city and its name is Café de Agata. It is a starting business with delicious coffee and toasts, which can be tasted with cold meat produced in the region. However, its speciality are the amazing fruit and vegetable milkshakes: sheer energy to begin the day with.

Now that we are filled with energy, visiting some of the wonderful wineries of Ronda could be a great option to spend part of the morning. 22 out of 45 wineries of this municipality have wines  with the  Designation of Origin Málaga and Málaga Mountain Ranges. Most of these wineries can be visited thanks to the Wine Route (Ruta del vino) and the wineries around Ronda Mountain Range. 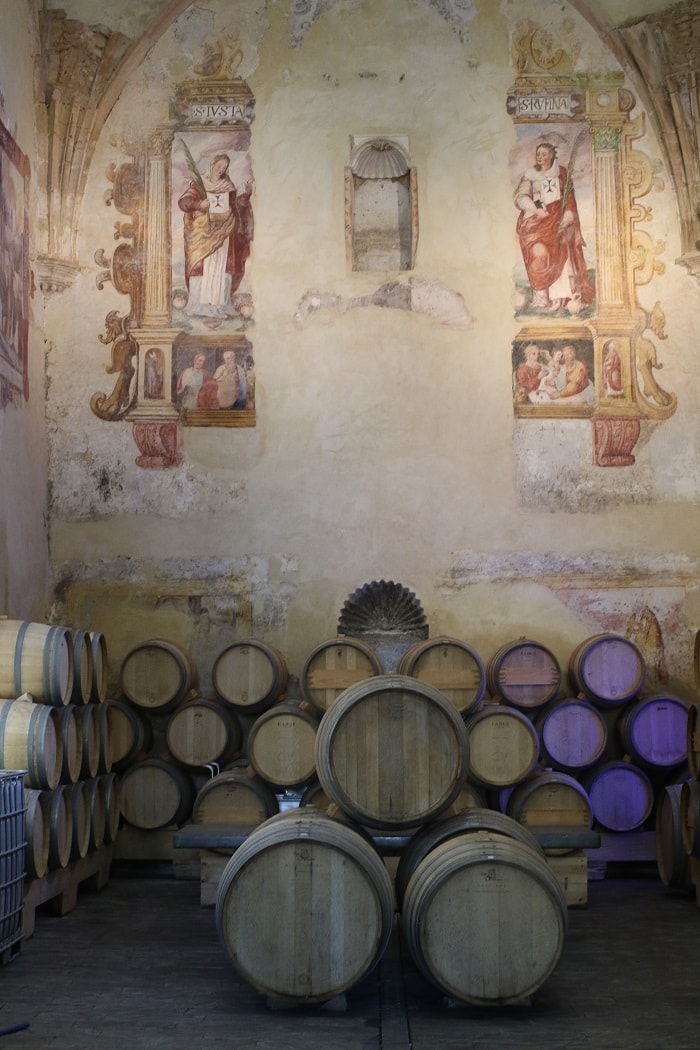 A walk around the facilities of the Descalzos Viejos winery is quite interesting. Its barrels are located next to the high altar of an old convent from the 16th century. Also, from its balcony,  you have a beautiful view of the Tagus Depression, a wide space where huge vultures fly in circles and vineyards grow. Here is where the wine tasting included in our Ronda Day Trip takes place. 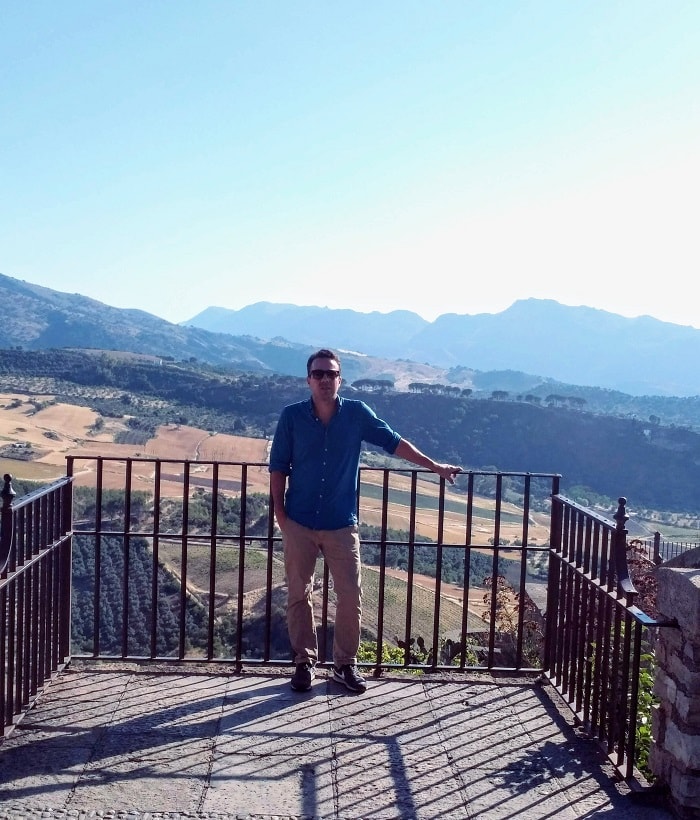 It is also worth visiting the Doña Felisa winery and tasting its famous Chinchilla wines; and so it is a walk around  the Excelencia winery. Furthermore, Joaquín Fernández winery does not just offer a route to show its vineyards and how its wines are elaborated, but also has a lovely cottage next to the vineyards where visitors can stay. It is the perfect place for wine and relaxed lovers.

The winey morning reaches its end at the Wine Museum (Museo del Vino), which is managed by La Sangre winery and is located in Ronda’s historical centre (old part centre). It is a place to discover history and the different civilizations that have grown wine in Ronda’s lands.

Next to it, the Bandit’s Museum (Museo del Bandolero) is the perfect place to learn about the duality of these historical characters which are known both because of their violence and their solidarity. Both museums are located close to restaurants and bars, which is perfect to enjoy an appetizer and an interesting  tapas tour in Ronda. 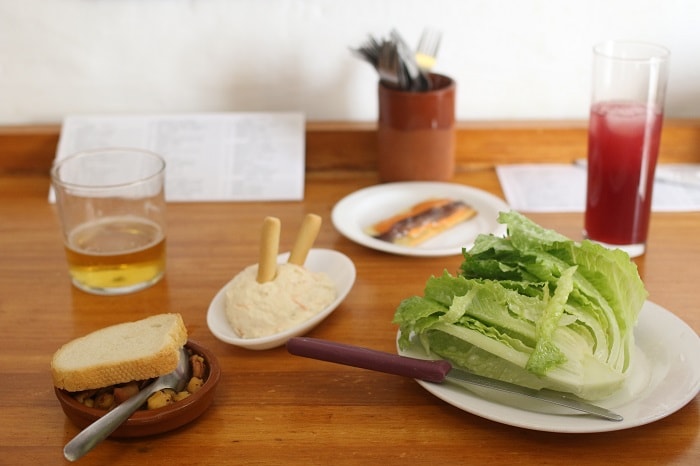 This route starts in a classic place in Ronda: El Lechuguita, a traditional bar whose more or less 80 tapas cost 80 cents per unit. It is a historical place to discover the best homemade gastronomy of the city. The Faustino bar is very close. Here you may enjoy, among other culinary proposals from Ronda’s cuisine, its famous serranitos: a serrano ham, green pepper and pork loin sandwich.

And just a few meters away, we can find Las Martirio, which is a modern space specialized in fish. Its tasty proposals include anchovies, squids, red mullets and other delicatessen such as the so called almadrabitos: a tapa made of tuna which has been marinated in soya and honey and served with wasabi mayonnaise.

There is an endless variety of options to enjoy tapas in Ronda and it is worth going to places such as Casa María, De locos tapas, Almocábar or Casa Clemente.

Once we have eaten our fill, the “Parador de Ronda” is the perfect place to have a coffee and get our strength back. There is an amazing view from the Parador’s garden of the Tagus and the valley beneath the city.

The “Plaza de Toros” (Bullring) de la Real Maestranza de Caballería de Ronda is next to the patisserie.This piece of history from Ronda dazzled Orson Welles and Ernest Hemingway, whose busts stand just by the bullring. 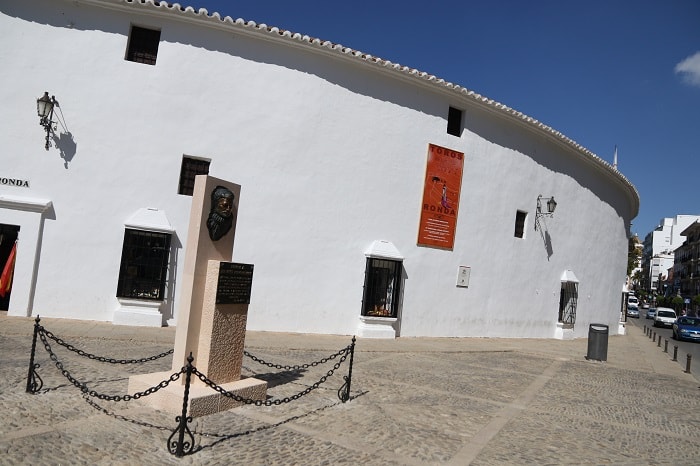 After that, it would be a great idea to get lost in Ronda’s narrow streets in the old part. These alleys are formed by whitewashed houses and lead to the “Museo de la Ciudad” (City’s Museum) and St. Sebastian’s Minaret or end up in the “Duquesa de Parcent” square. It is quite an interesting place since the beautiful Ronda City Hall  and the “Santa María la Mayor” church are located here.

This church is a magnificent temple whose building lasted 200 years, which resulted in a mix of different styles: Renaissance, Gothic and  Baroque. Likewise, there are still remains of the Mosque upon which the church was built. 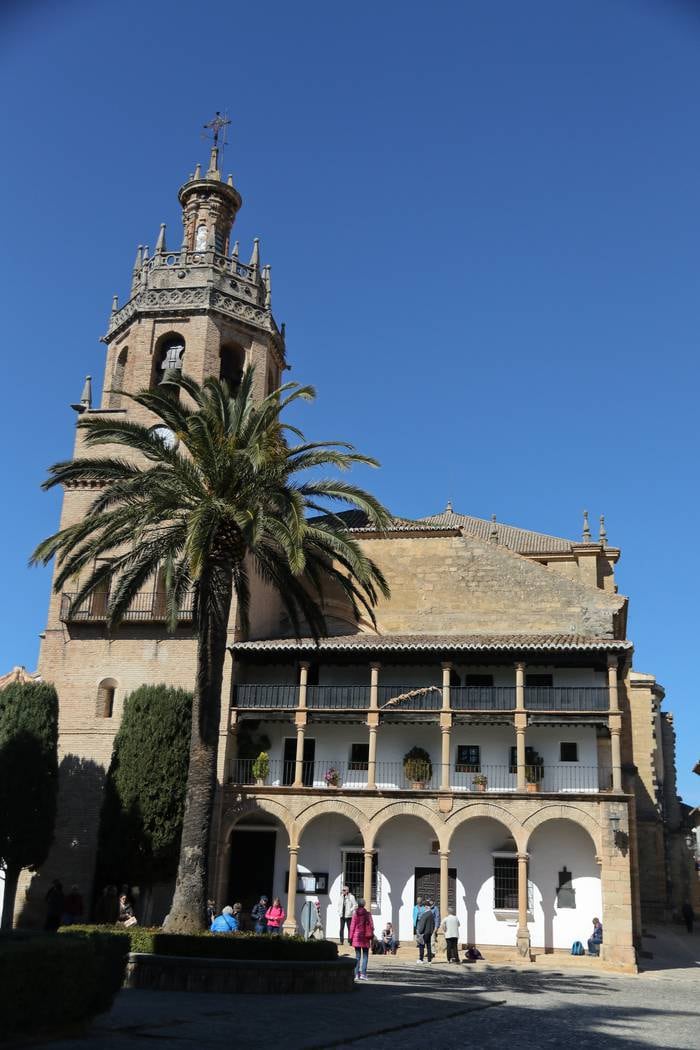 And only a short walk from there you can find some of the most important Arabian remains of the city. The old bridge and the gorgeous Arabian baths are two examples of it, and so is the Almocábar wall- a proof of the difficulties that the Christian troops faced when they conquered the city at the end of the 15th century. 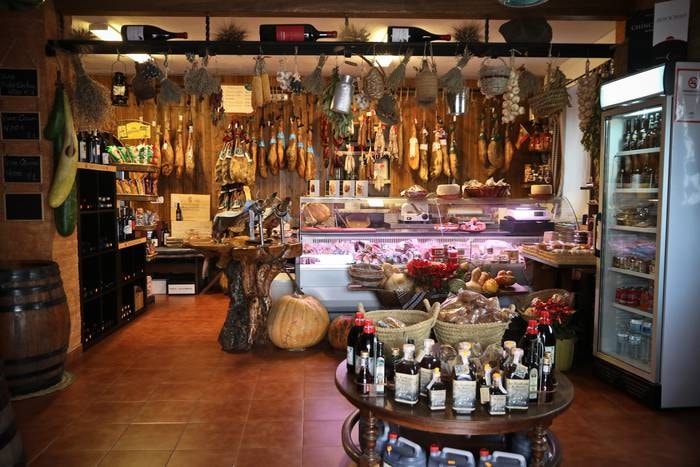 At the end of the afternoon, you should visit “La Tienda de Trinidad“, which is a traditional grocery shop where you can find the best products of the region of Ronda: cold meats, Iberian ham (jamón ibérico), payoya goat cheese (a type of goat indigenous to the area), jams, spices or honey, as well as local wines and microbrewery beers made in the city. It is an interesting location to enjoy again the local wines and cuisine, from sunset till dawn.

Looking for something different to do in Malaga? Check out our Food Tours