Day trip to millenary Ronda with a visit to one of the most beautiful wineries of Spain and tastings of many traditional dishes- foodie style.

A night on the town for wine-loving foodies. Discover Malaga from an insider’s perspective by nibbling on tapas in the best local bars and taverns.

Join us on a culinary adventure to this ancient city where artists like Ernest Hemingway, Orson Welles or Rainer Maria Rilke got inspired  and carried away by its beauty.

Immerse yourself in the cultural splendor of Ronda, stroll through the old town as you pass by some of the most impressive monuments.

Taste some of the best wines of the region in a winery with breathtaking views and discover Ronda’s flavorful local gastronomy.

The groups are always small and intimate to ensure a tour of Ronda’s cultural, historical and culinary “hotspots” without stress, but much authenticity.

Pick up and Drop Off at your Hotel 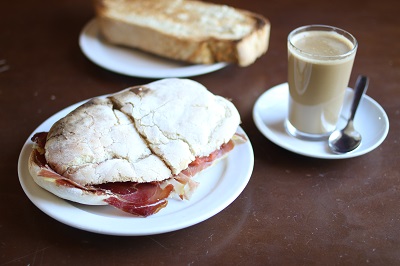 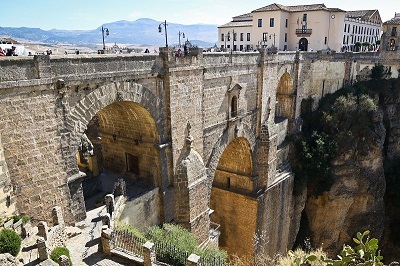 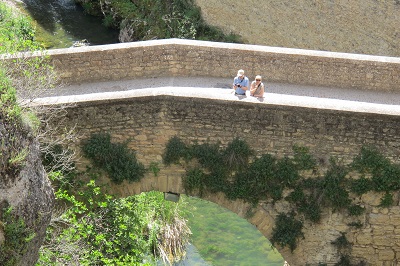 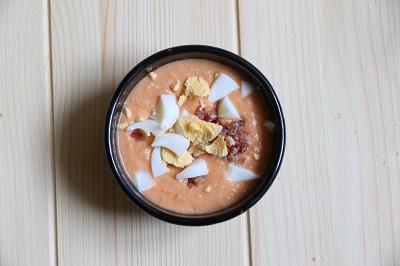 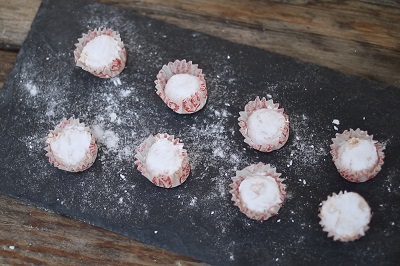 This trip starts in an unbeatable way: with an authentic and traditional Andalusian breakfast of “molletes” bread and “zurrapa” at a “Mesón” bar from 1958, on a stop halfway to our destination Ronda.

Before we arrive to the old town of Ronda, we discover the basics principles of wine tasting in “Descalzos Viejos”, a winery which was build in a convent of the sixteenth century that is located in an incomparable and beautiful setting on the ledge of the Ronda gorge (El Tajo). During almost 2 hours the owners of the bodega and our specialized staff will explain to you everything about their history, terroir, gardens and convent itself, as well as their wines of course. In this friendly and casual, yet exclusive gathering, you will taste some of the best wines of Andalusia, accompanied by an appetizer of high quality cold cuts and cheese.

After that it’s time to enter the city of Ronda, where we accompany you to discover the flavorful local gastronomy by tasting tapas such as homemade oxtail croquettes, local stuffed mushrooms, Ronda’s blood sausage, “migas” or meat, grilled in a firewood oven.

On this tour of one of the most interesting cities in Andalusia, we will visit the historic center of millenary Ronda, discovering its different neighborhoods. And, of course, enjoy the spectacular views of the “Tajo de Ronda”.

Do you offer public Trips?

The Ronda Day Trip is offered to private groups only.
However, twice a year we organize private Trips that anyone can join. We will put these excursions on sale at least 3 months in advance.
Also when we receive several requests from different people with close dates, we try to organize an excursion on a date that suits everyone.
Please click here to let us know your preferred date(s)

Where is the meeting point?

( don’t mistake it for Victoria Secret)

The meeting point is also provided with your booking confirmation.

How much food is served?

Our Trip serves enough food to be equivalent to a hearty breakfast and lunch.

“Run don’t walk to take advantage of this really special vineyard tour and traditional Spanish food experience in Ronda. Simone was a fount of knowledge and a delightful guide. Can’t wait for our next Food Sherpa trip. ”
Karlsabo, TripAdvisor.

Discover with us this old fishermen’s quarter, one of the most authentic and trendy places in the city and enjoy its seafood gastronomy, the flavor and history that its corners distill.