La Malagueta – Much more than a nice beach in Malaga

Between buildings of the nineteenth century, large trees and skyscrapers rises in Malaga a corner of great uniqueness. It is the neighborhood of La Malagueta, located next to Muelle Uno del Puerto and bounded by the beach of the same name. An excellent corner that becomes a great alternative to get to know the capital of the Costa del Sol and, also, enjoy its multiple gastronomic options in front of the Mediterranean. 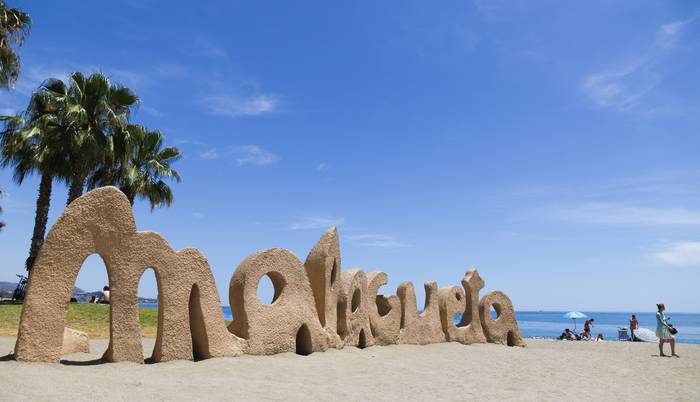 From industrial origins, at the beginning of the 20th century the heart of La Malagueta was beating with the pulse of the railroad and numerous factories. Like a peninsula, its dirt streets smelled of a sea that was also used in the form of spas, which served as fun for the wealthiest classes. The sea life that Guastavo Doré portrayed in his engravings changed radically in the 60s of the last century, when it was decided to build the largest number of houses in the least possible space. From there arose the large skyscrapers that now dominate the bay of Malaga.

These buildings hide one of the best secrets of the neighborhood: the bullring of La Malagueta. The same one that Pablo Picasso visited with his uncle, fascinated by a passionate art that influenced his work so much. The bullring continues to pay tribute today in the so-called Picasso bullfight that takes place every August during the Feria de Málaga.

In front of the bullring is the Reding Promenade, which takes its name from the Swiss soldier Teodoro Reding, who helped the Spanish army defeat the French troops at the Battle of Bailén.

This street joins the center of Malaga with its eastern area and allows for a beautiful walk under the shade of large ficus and a nice array of buildings. In them the bourgeoisie of the 19th century was installed, which hired the best architects of the time to endow them with different influences: they reflect neo-Mudejar elements, towers, tiles of ceramics, arabesques, historicist and regionalist influences and even modernist touches.

One of the most interesting is the one that is housed today by the Museum of the Heritage of Malaga, which has 4,000 pieces that allow knowing Malaga from different points of view, such as urbanism, nature, sculpture or crafts.

To the west, the Paseo de Reding becomes the Paseo del Parque, while to the east it extends, through the Paseo de Sancha and always parallel to the coastline, towards the neighborhoods of Pedregalejo and El Palo. 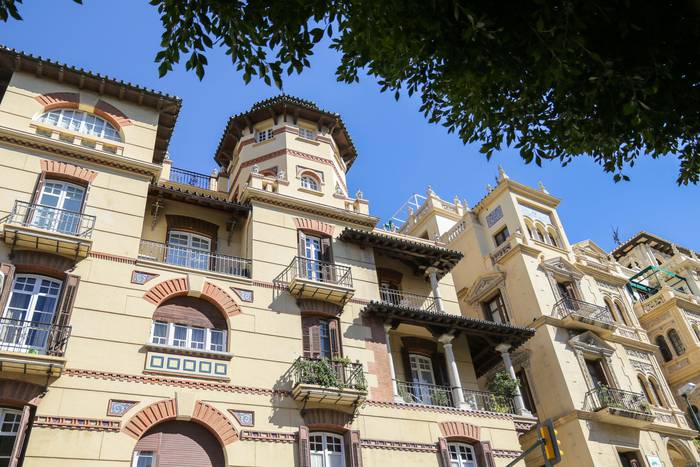 Where to Stay in La Malagueta?

One of the most outstanding buildings in the surroundings of La Malagueta is the one occupied today by the Gran Hotel Miramar, inaugurated in 2017. Built in 1926 as a hotel, it was later used as a field hospital and, later, as a Palace of Justice. Today it is one of the most modern hotel establishments in the city and one of the favorite places for tourists to rest. With modern facilities and facing the beach, it is perfect to feel the essence of the city.

Nearby is also the MS Maestranza Hotel, and the California hotel, next to which you can taste delicious tapas and traditional rations at La Taberna del Fraile.

There are alos lots of good apartments in the neighbourhood 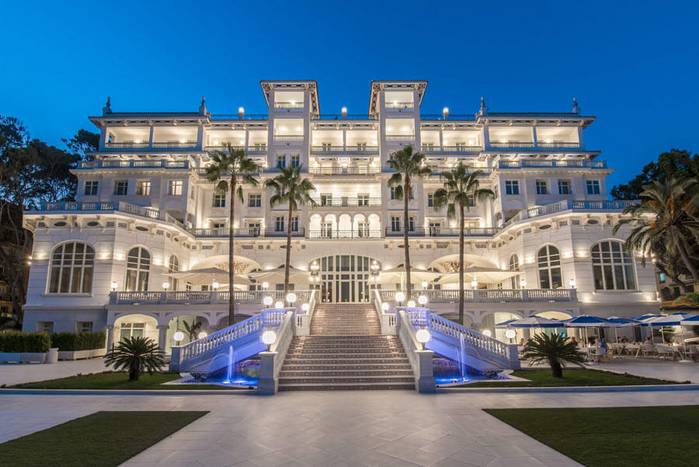 Where to eat in La Malagueta?

In fact, in the neighborhood of La Malagueta there is a wide gastronomic offer. One of the most interesting spaces is Aire Gastrobar, run by chef Pepo Frade and located in an old two-storey house dating from the nineteenth century. With the Andalusian product as the main protagonist, its cuisine offers the flavors of the south, either through a traditional dish such as gazpachuelo, oxtail or Malaga salad. Tradition and avant-garde go hand in hand in this restaurant that is always a success.

Nearby is the Camdem Town pub, which recovers British essence and offers almost a hundred gins and a variety of tonics or whiskeys. 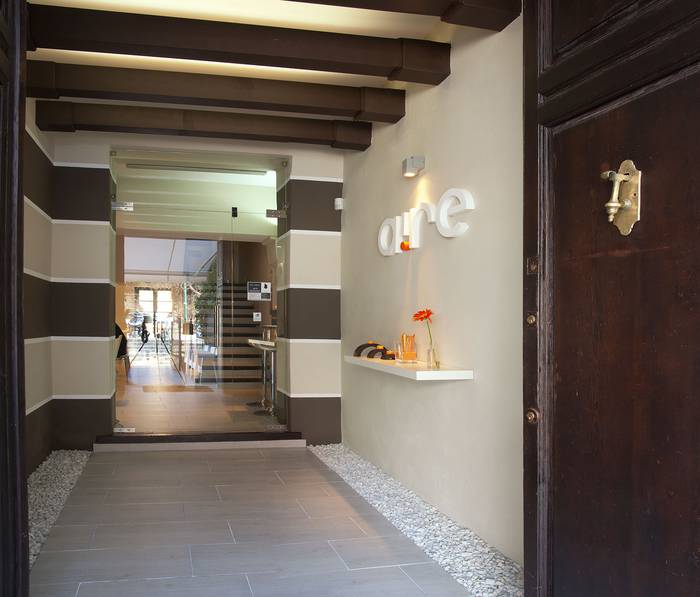 Another essential place is La Manzana de Oro. It is an old grocer opened in 1950 where the friendliness, the seasonal products and the slow food concept are its hallmarks, as are its gourmet products and an immense variety of wines. Meanwhile, in the heart of the neighborhood of La Malagueta are other gastronomic references of the city.  El refectórium stands out for its wide catalog of national products and its great wine list, but other notable mentions are El fogón de Carmen, or La Ménsula.

The classic Antonio Martín Merendero is now a beautiful restaurant by the sea where you can enjoy Andalusian cuisine and delicious fish from Malaga. And very close is another local classic: the Café de Paris. In it, its owner and chef, José Carlos García (with a Michelin star in the restaurant that bears his name), has been able to renew the best flavors of Malaga. 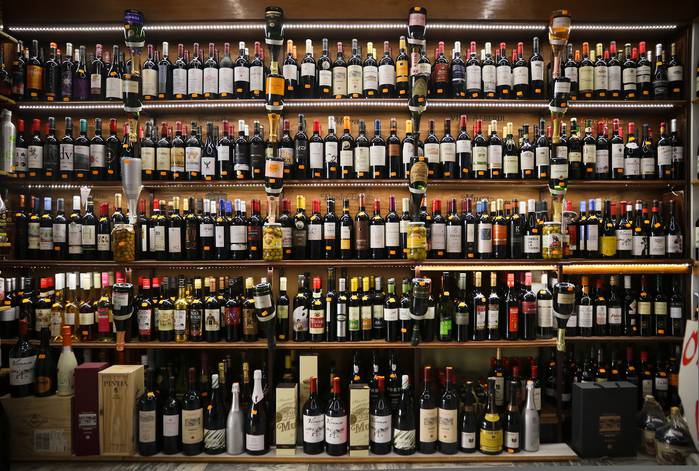 For digesting so many delicious products, nothing like walking by the sea. The beautiful route could start next to the letters on the beach that help immortalize the moment and, then, continue to La Farola, which with its 200 years of history (until June there is an exhibition inside it) is the only lighthouse in Spain with a feminine name. 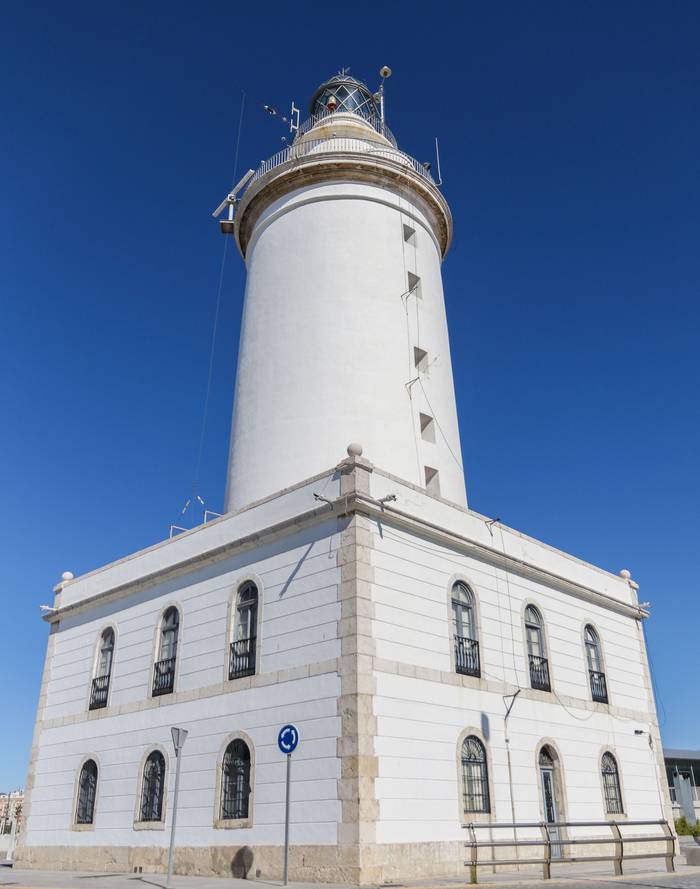 From there, one option is to continue to the cruise station on a quiet walk and, another, to enter Muelle Uno and the Palmeral de las Sorpresas, where everything can happen.

To finish, there’s nothing better than savoring one of the many wines made in Málaga served at La Odisea, the perfect place to end the day with a view of the La Malagueta district. 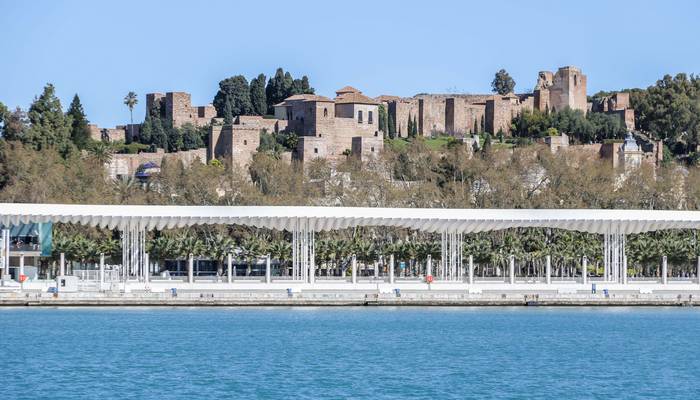