The tortilla or Spanish Omelette is loved by generations and this, as far as we know, for over 200 years. This dish is a classic of the Spanish cuisine able to surprise each time you taste it because of its diversity of ingredients, ways of presentation and different nuances. 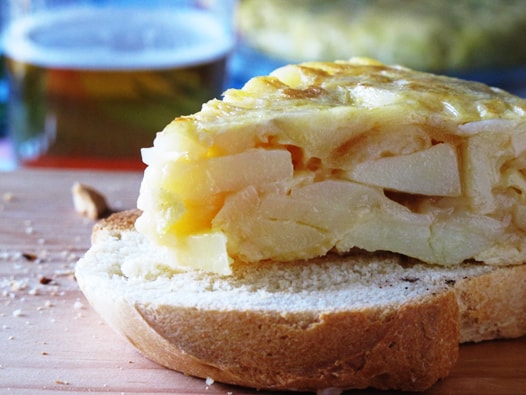 But why this loyalty to the tortilla or Spanish Omelette? What makes it so special? The truth is that it is somewhat surprising, since it is an extremely simple dish where beaten eggs and fried potato are the only ingredients. Check out the Tortilla Espanola recipe here

The tortilla started inspired by the French Omelette which is only made of eggs and, although very tasty, it results rather expensive since it just contains eggs and because of this, it is as well quite difficult to feed several people from it. It was for this reason that in the beginning of the 19st century in Spain, in order to make this dish more filling, potatoes were added to it. Hence his popularity- with this simple, easy and nutritious dish you could feed a whole family, sating the appetite and hunger.

Nevertheless, over the years this dish has developed, incorporating interesting culinary options. For example and to start with, you can vary the juiciness of the tortilla or Spanish omelette by its cooking-time- this seems very elemental and easy, but it can really be decisive if you like it or not. Equally basic but fundamental is the cut of the potato. There, every cook has his own tricks– some prefer to cut the potatoes into cubes, others slice it, some fry it over high heat and others let it simmer so that they are more tender and less crisp. 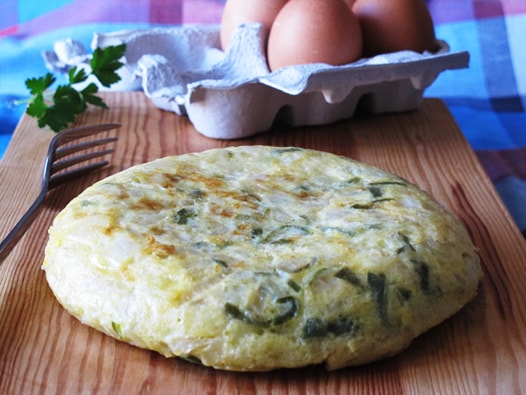 But you can “flavor” it also in a different way- cut the Spanish omelette or tortilla lengthwise into two parts and fill it with mayonnaise, salad and tomato, ham or tuna, chorizo sausage or whatever you feel like. Furthermore, in Spain it is also very common to serve it as an actual sandwich filling.

It is important, although being a simple recipe, to choose the right potatoes. The best ones to make a good Spanish omelette are the so called new potatoes, which have been harvested before their natural ripeness moment, so they are smaller, thinner and better to fry. However this dish did not always contain potatoes- during the Spanish Civil War it was quite popular to prepare the “false omelette”, made with orange peels or others made with bread instead of potatoes. 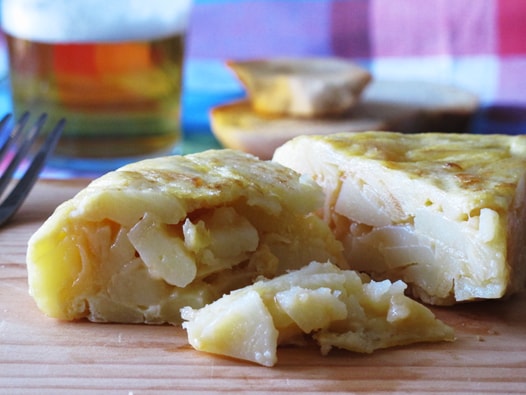 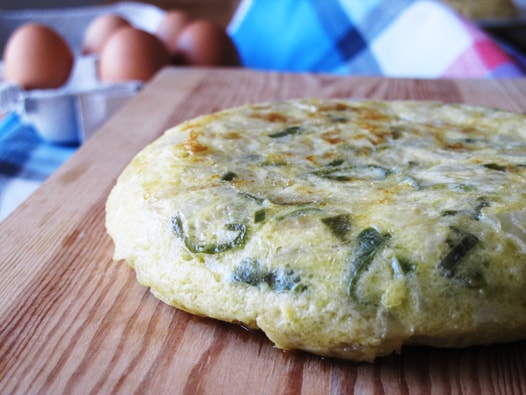 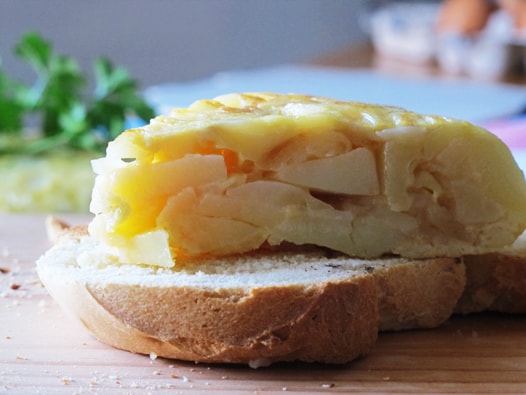