Galicia is a true paradise for seafood lovers. The uniqueness of its waters and the multiplicity of marine ecosystems along its 400 kilometers of coastline, make Galician seafood, in addition to having an unparalleled volume of catches and variety, are considered the best in the world, as noted by internationally renowned chefs such as Ferrán Adriá. Oysters, barnacles, crabs, spider crabs, cockles, scallops… there are many delicacies that can be found there. But if there is one that has become an emblem in Galicia, it is undoubtedly the pulpo (octopus).

Although today it is possible to enjoy this versatile mollusk throughout the country, it is on the northwest coast of the country where octopus reaches perfection, especially when it is cooked in the local way, that is, Galician style or a feira (which are the same, only that the former includes potatoes in its recipe and the latter does not).

Being such a distinctly seafaring dish, its origin is very curious as it dates back to the sixteenth century and is located in O Carballiño, a town belonging to Orense, located 80 kilometers from the coast.

There, where the Monastery of Oseira is located, an important Cattle Fair used to take place. As was the custom at that time, the octopuses were dried to preserve them, so the monks, in order to feed the fair visitors, cooked the pieces of octopus and seasoned them with salt and olive oil. From there came the nickname a feira and soon this preparation spread to the rest of the Galician provinces and other nearby ones such as Sanabria (Zamora) and El Bierzo (León).

Pulpo a la gallega or a feira – Galician-style octopus is one of those recipes that should not be underestimated, because although it has few ingredients (octopus, potatoes, extra virgin olive oil, salt and paprika), finding the octopus’ optimal cooking time requires a bit of practice. So, let’s get our hands on this delicacy from the cold waters of the Atlantic! 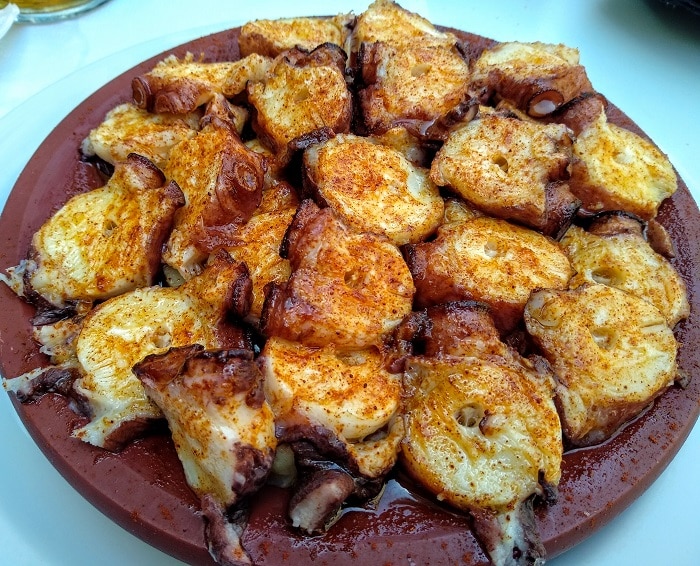 NOTE: if you bought a fresh octopus, freeze it for 48 to 72 hours. This is to break the muscle fibers of the mollusk so it does not become hard when cooked, something that sailors used to solve in the past by hitting the octopus against the rocks when they arrived at port. It is also very important to take it out of the freezer the night before and put it in the refrigerator so that it defrosts slowly.

When it starts to boil, we have to “scare” the octopus 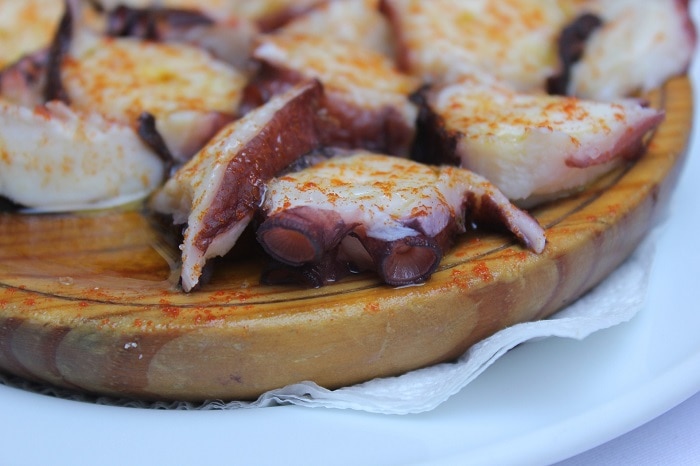 – Although pulperías (octopus restaurants) have traditionally used copper cauldrons to cook the octopus, since 2011, health authorities have advised against their use because in the long run they can be toxic if they are not cleaned properly.

– To prepare the cachelos, the most appropriate potato variety is the Kennebec type.

– Although any type of quality extra virgin olive oil can be used, many professional pulpeiros suggest the Hojiblanca variety as the one that best suits this dish.

This special edition tin with Don Qixote is very recommended

About the Author: Javier Fernandez