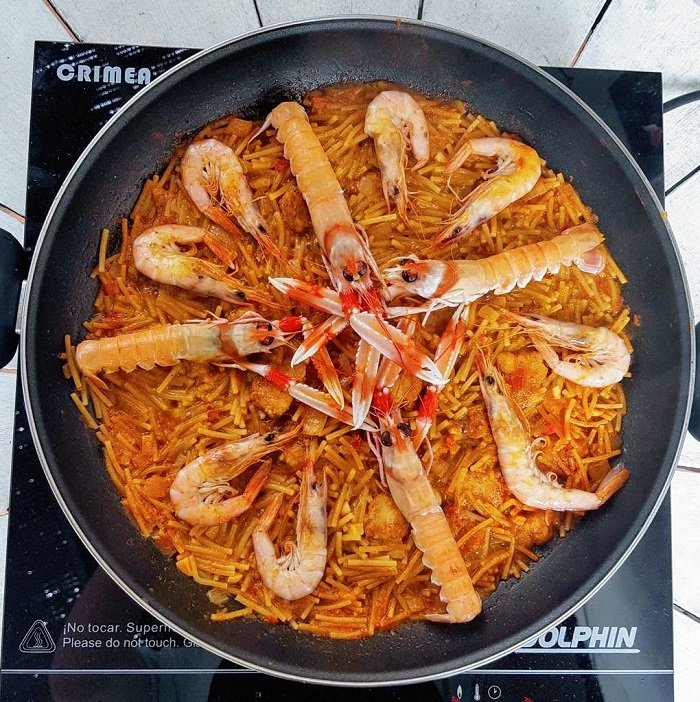 The most widely accepted theory on the origin of this wonderful seaside dish states that it dates back to the early 20th century.

The story goes like this- the Santa Isabel fishing boat set sail to fish, as always, very early in the morning from the Port of Gandia in Alicante. When lunchtime came, the cook, who had planned on making a seafood paella, realised that he didn’t have any rice.

As he had already begun frying the rest of the ingredients and had everything ready, he had to improvise. He found some long fideos in the boat’s pantry, cut it up and used it in the same way he would have used the rice. The result was excellent and went down a treat among the boat’s crew.
Nowadays, the technique has evolved a little, for example, in terms of the toasting of the fideos, a key part of this dish.
One of the most important parts of a good fideua (or fideuá) is the fish stock or fumet. This stock is often made with rough fish or small rockfish but you can also use fish bones or prawn heads. Or, if you don’t have the time to make it from scratch, you can always buy it pre-made.

The following is the traditional fideua recipe from Gandia.

Ingredients for the Stock:

How to choose the right Paella Pan. All you need to know.

How to choose the right Paella Pan. All you need to know.

When ready, it should be a smooth fideua and not look like soupy rice. 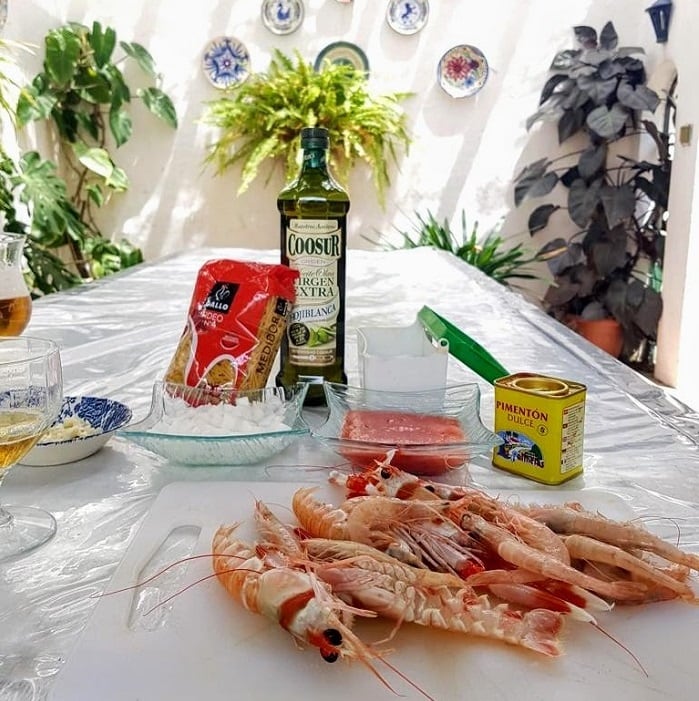 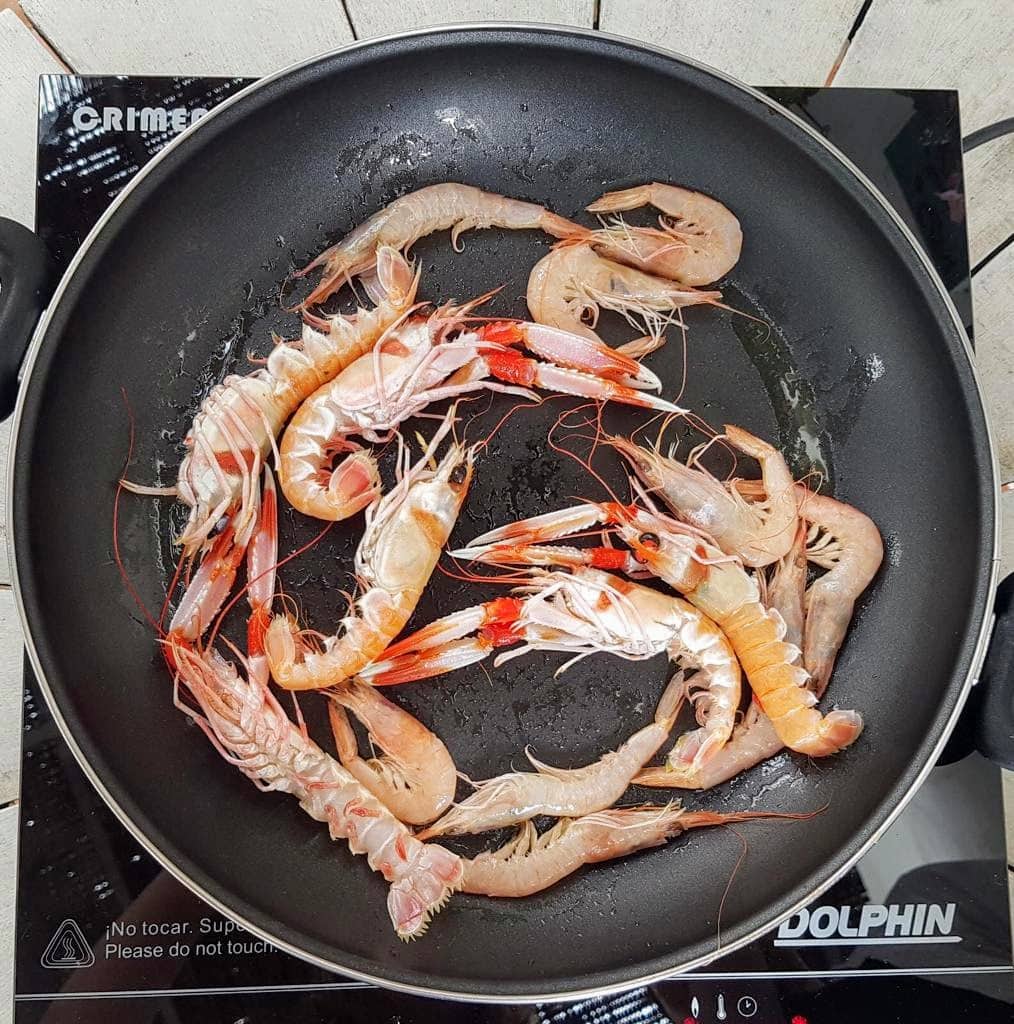 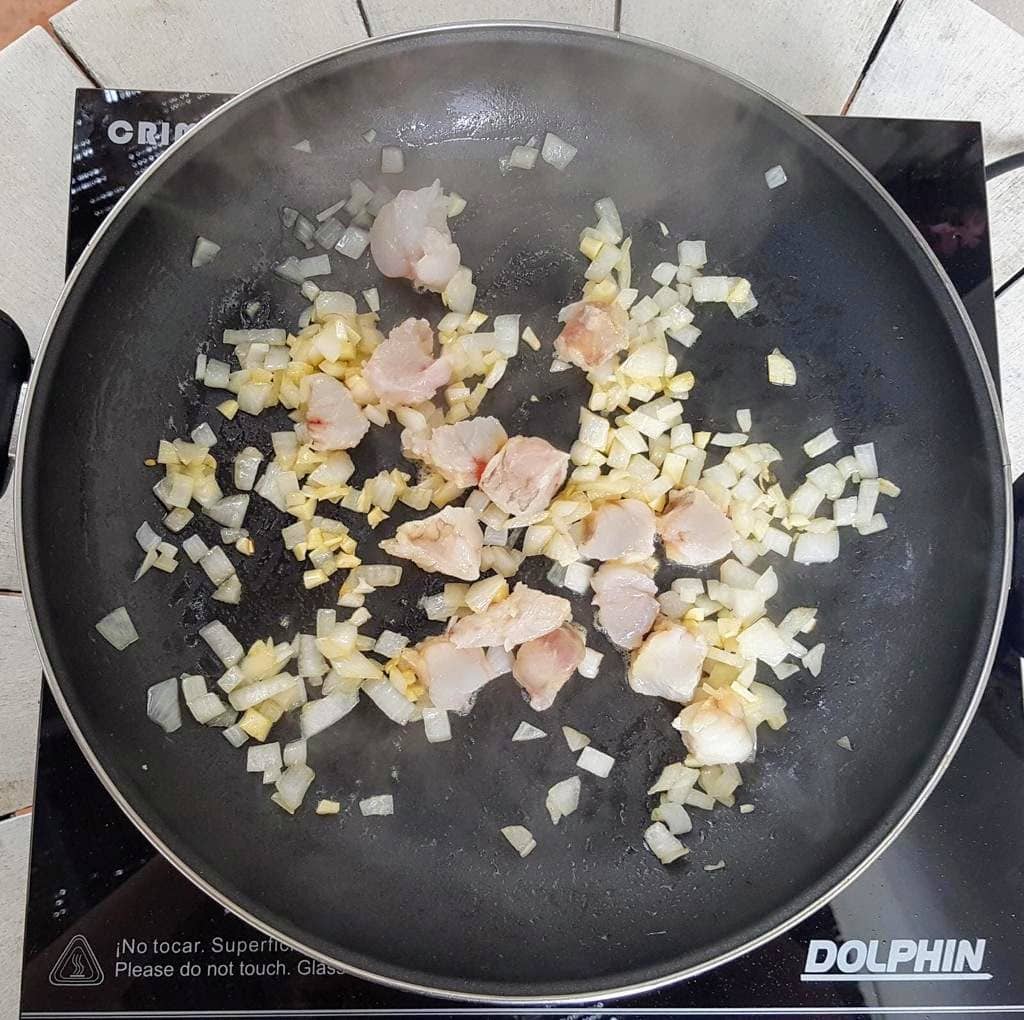 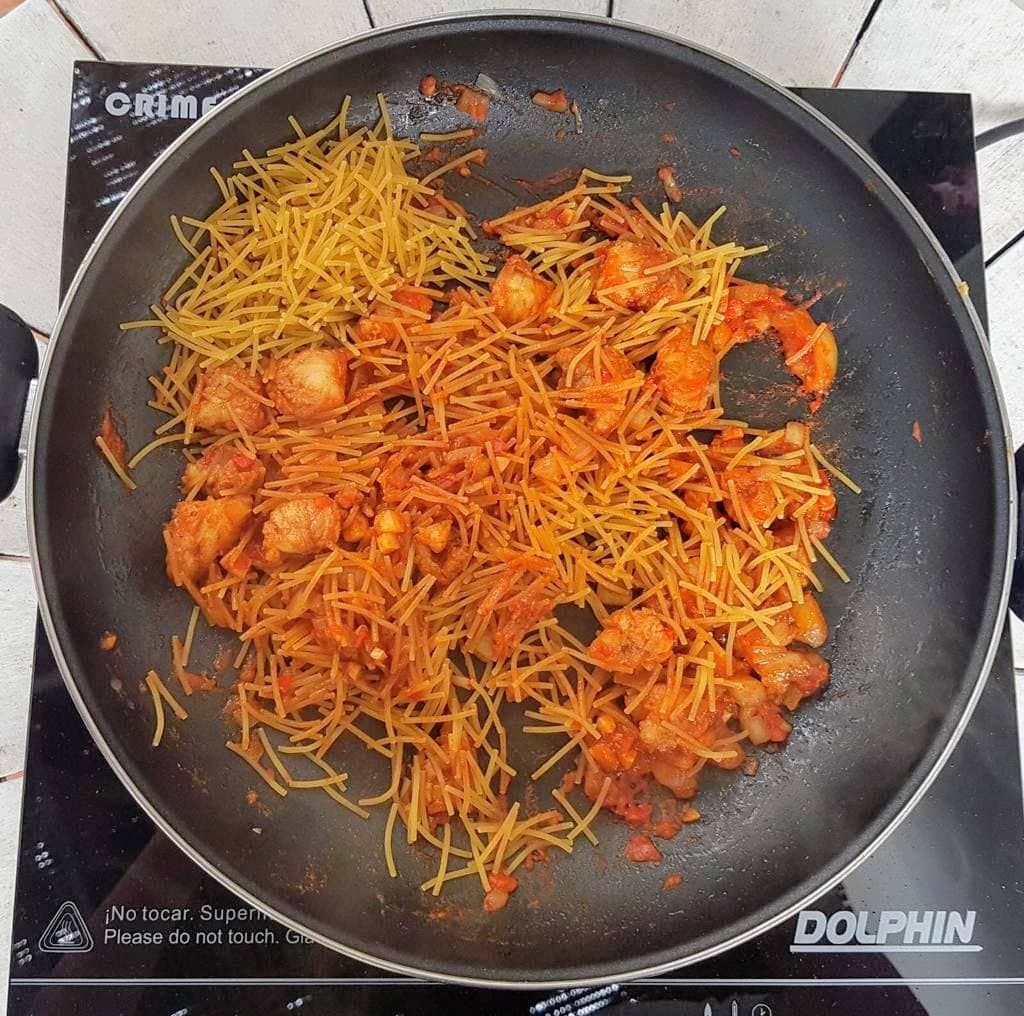 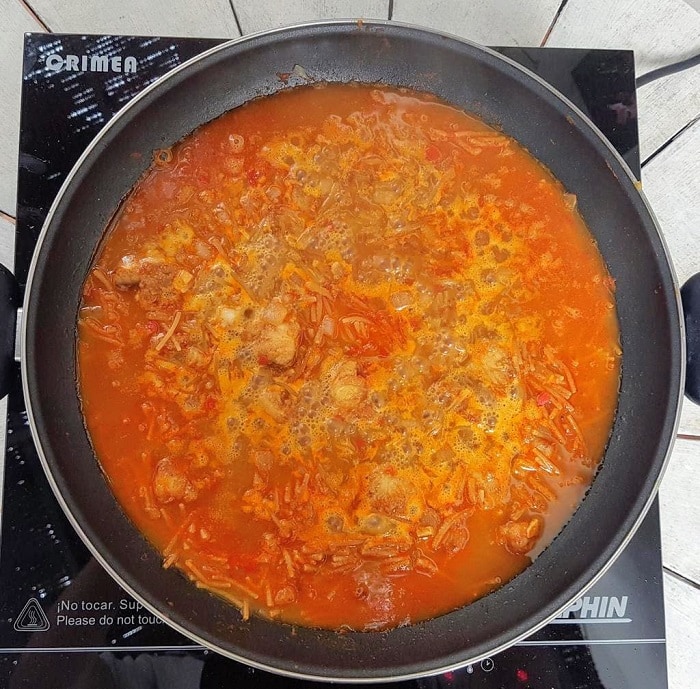 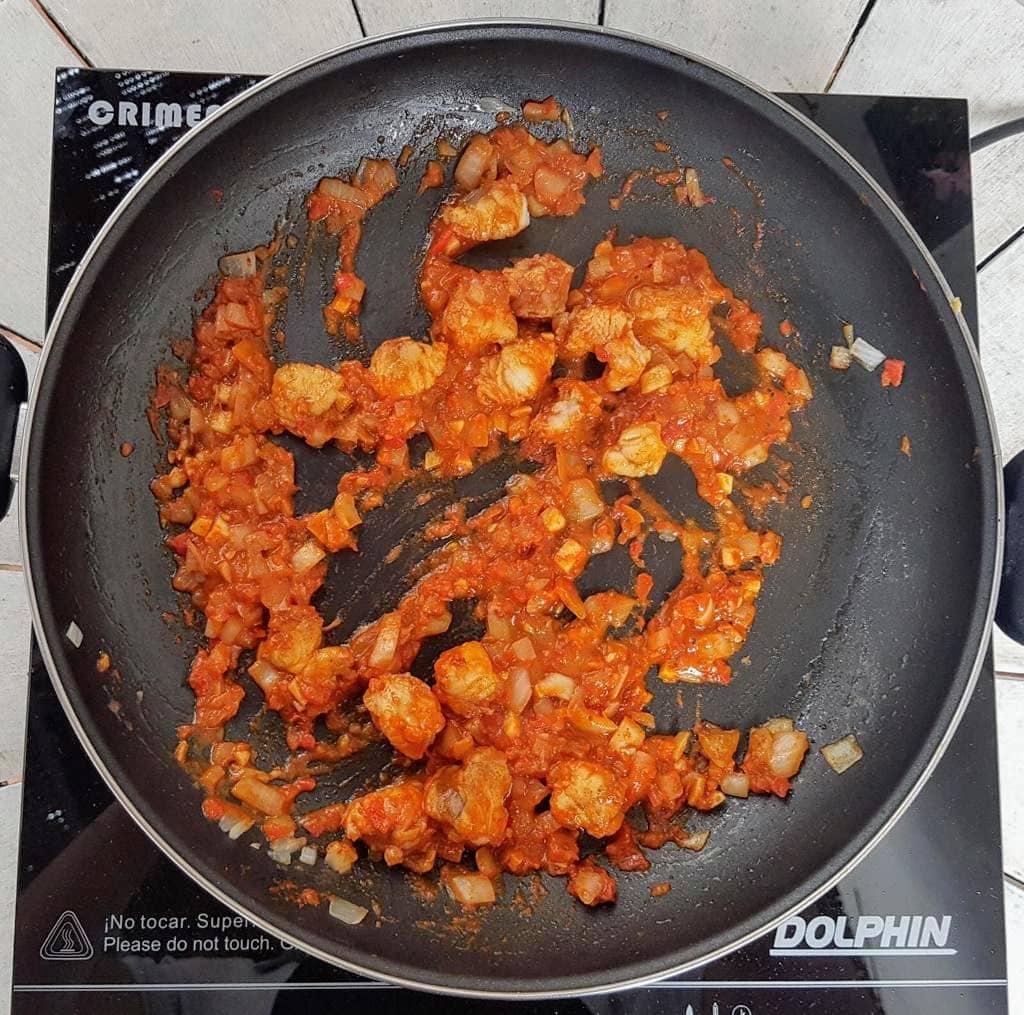