Excellent Local restaurants in Granada not to be missed

Our gastronomic route through the capitals of Andalusia takes us to Granada. Here you have our selection of proposals from local chefs, everything including tradition and avant-garde, with passion for gastronomy being common denominator. 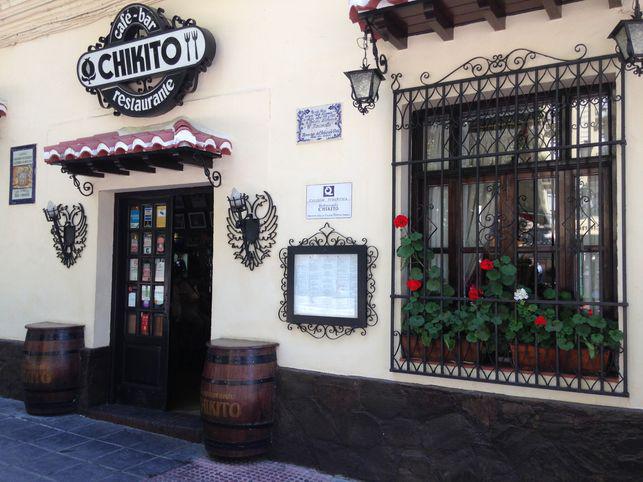 La Fábula was born in 2007 at the Villa Oniria hotel, a beautiful four star hotel near the Acera del Darro and the theatre Isabel La Católica. Until 2010, its chef was Álvaro Arriaga. Javier Cabrera then moved on, and finally it was Ismael Delgado who took over in 2011. He is a chef who has worked in different countries and has shared cuisine with chefs such as Óscar Velasco or Santi Santamaría.

Precisely, in the Tierra de Toledo restaurant of the late Santamaría, he obtained a Michelin star as head chef. Now he has turned La Fábula into a reference in Granada gastronomy thanks to excellent raw materials and an exquisite care of the product, which manipulates “just the right thing”, as Delgado himself tells us.

Despite his experience, the madrileño is one of those chefs who make little noise, of those who speak through plates where there is no room for artifice or meaningless manipulation. And where two of its main characteristics are the market cuisine and the quality product. Therefore, the visit to La Fábula is based, more than ever, on flavors of haute cuisine far from any other preconceived idea of ​​what we can find in Granada.

It has a menu full of unique proposals, especially fish such as croaker or San Pedro Delgado dominates perfectly. Also the meats, like the delicious steak of beef. Of course, it is worth getting carried away by a tasting menu where everything is not always what it seems.

In addition, there is always room for exquisite local products to form dishes such as tempered salad of Riofrío trout with “Cecina” (cured meat) and celery or a gizzard with cream of chestnuts and borage. Too bad that Granada still has a hard time betting on restaurants like this one.

To say Botanico in Granada is a big deal. And it is because this restaurant born in the year 2000 has become an institution in the city. The restaurant is located near Granada cathedral and faculties such as Law or Sociology. It is part of the tourist route Granada Ciudad del Rock and on its walls periodically hangs the work of young artists.

Botanico was one of the first establishments to launch Mediterranean cuisine with a touch of fusion, something that may seem habitual today but that in the beginning of the 21st century was not so much. In addition, its menu is greatly influenced by Asian and Maghreb cuisine.

The kitchen has been dominated for four years by chef Sebastián Ramírez, who offers a daily menu from Monday to Friday at noon, while evenings and weekends are more for ordering à la carte.

The recommendations of the day also should be mentioned, in which the chef brings all his creativity and research doing what he wants, creating a laboratory whose successes eventually appear in the menu each time it is renewed.

One of the most exquisite proposals of the Botanical Restaurant are the Vietnamese Nems, whose success has made stay in the menu for years already. They also highlight the salmon brick or the apple and raspberry cramble for dessert. 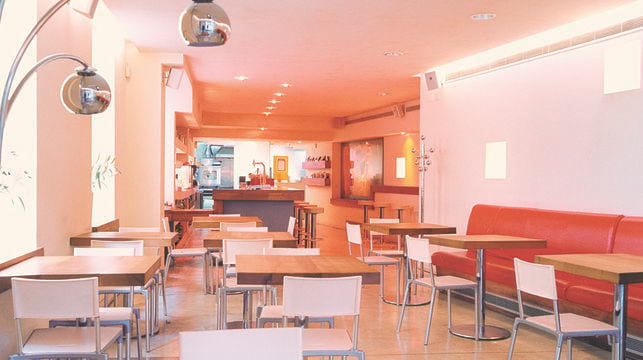 Los diamantes is one of those tapas bars that seem to have been there for a lifetime. Actually, it is almost true: the original establishment opened there in 1942, when neither the city of Granada nor the world of tapas was the same.

There they tell that the secret for such longevity is the good service and its great quality. Perhaps that is why the oil in which fresh fish is fried twice a day is changed, with the intention of always obtaining the best flavors of the sea.

The frying of fish is one of its star proposals, but also included are fried prawns, brains, sweetbreads, anchovies or aubergines. In addition, there are almejitas (small clams), razor clams, squid, fried monkfish, lamb chops and, of course, tomato aliñao.

The business, located at the mythical Navas Street, has given rise to a spurt in the last five years and has opened new restaurants with the same name on Calle Rosario, Plaza Nueva and El Zaidín (all in Granada capital), as well as one more in Huétor Vega. So you have options 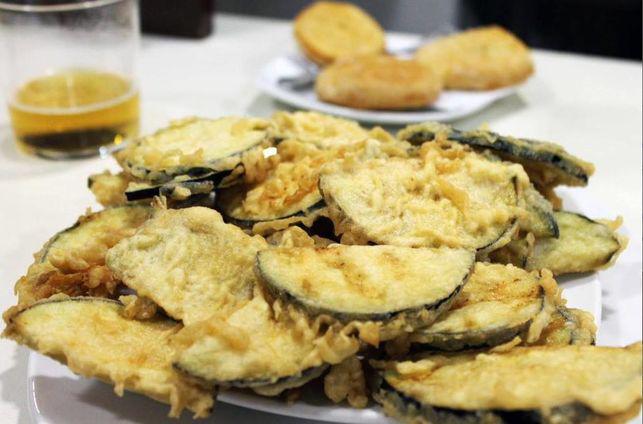 Picoteca 3Maneras owes its name to three ways of eating: with your hands, cutlery or chopsticks. And it supposes a whole declaration of intentions in this beautiful bar of the Realejo of Granada. There you will taste many flavors, those that arise from everyday stews or from innovative techniques and fusion. Everyone always responds to that characteristic kitchen without ties that preaches its head and chef, Antonio Rojas.

After his academic training, the chef went through different restaurants in places such as Reserva del Higuerón (Malaga) or Palacio de Luces (Asturias) with Fernando Martín, National Gastronomy Award. Until one day he decided to become independent. “I always wanted to set something up with my own ideas,” says Rojas, who fulfilled his dream at the end of 2014. Since then, he has let his creativity run through the kitchens of this restaurant.

Hands, cutlery and chopsticks are the three sections of an exquisite menu that includes Salmorejo with sweet tomato and anchovy, the Fish & Tuna Burger, seed bread, avocado and seaweed, the Ceviche Inca Azteca or the Japo-Andalusian Fritura.

His most frequent customers know that you always have to keep an eye on the suggestions of the day, where Rojas plays with seasonal products, always adding a risky fusion point. As if that were not enough, on Sundays there are days devoted to rice, which they cook there in many different ways, while some evenings a year are themed dinners.

And even a few months ago they launched the First Days of Asturian cuisine. “I get up a cook and I go to bed a cook, my head never stops”, says the chef. Thanks to this, Granada is lucky to have this great gastronomic corner 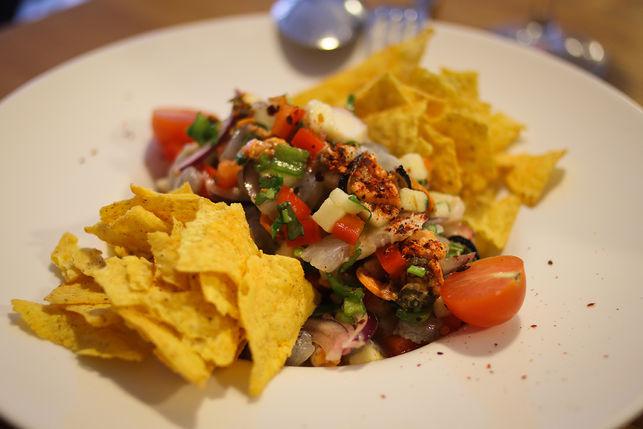 A glazed corridor 60 meters high can be terror for those who suffer from vertigo, but also a paradise … for lovers of gastronomy. This is what happens in the Arriaga Restaurant, located in the building of the Caja Granada Cultural Center Memoria de Andalucía, a reference today in the skyline of Granada’s capital. Its chef is Álvaro Arriaga, who with this establishment brought the fusion between Basque and Mediterranean cuisine to a new destination thanks to the magic he does in the kitchen.

Akelarre, Ambría or Taberna El Alabardero are some of the kitchens Arriaga worked at before starting the restaurant in Granada seven years ago. It has various tasting menus where the surprise comes in the form of dishes, often paired with rich wines from Granada.

The chef from Donostia says that boredom can not be part of the kitchen and he makes sure of this thanks to proposals such as txangurro sausage, foie peanuts, sea bass with sand, false red prawn cannelloni with bechamel foam or cakes made of shrimp without flour. Ideas turned dishes that have led the establishment to earn a Repsol Sun. High cuinsine. Literally. 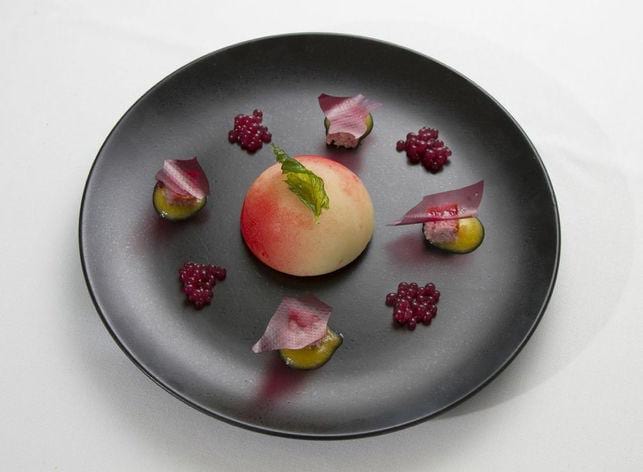 In Granada, much of the cuisine is related to the classic tapa. And around usual tapas places like the surroundings of the Plaza de Toros or the Cathedral and neighborhoods like the Albaicín or the Realejo.

However, outside those invisible borders there are other places where the kitchen has taken center stage with different proposals. This is what happens in the “Plaza de la Ilusión”, very close to the train station and the neighborhood of “Los Pajaritos”.

Caradura was born there not long ago, a beautiful place with industrial decoration where traditional cuisine has cosmopolitan touches.

Its promoter is also the Donostiarra chef Álvaro Arriaga, who has created in this place a more informal and neighborhood restaurant. In fact, its own clientele is a mix of neighbors and tourists who seek to sharpen the gastronomy of Granada.

A daily menu that changes every week and exquisite daily dishes led Caradura to be considered the Best Restaurant of Granada  Gourmet in 2016. Salmon tartare, shrimp omelettes, baked turbot or chicken churritos share the menu with proposals such as La Obelix chop: an old cow steak for two people. Buen provecho! 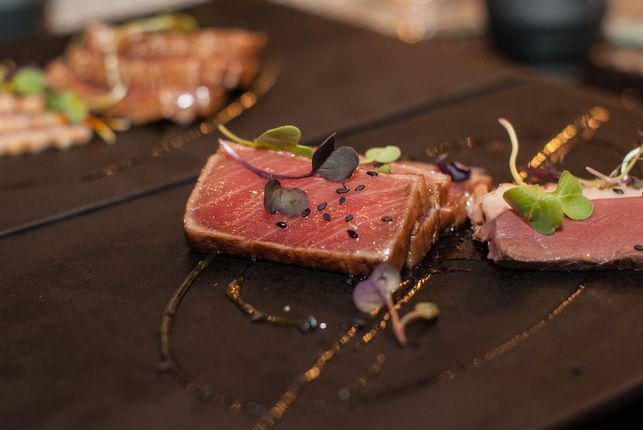 The owners say that the “art of making friends” is practiced in the establishment and that, for that reason, it is a temple to friendship. Still, Chikito is much more. Four decades of feeding granadinos  have earned the restaurant a place in the heart of the city of The Alhambra.

It was Luis Oruezábal who opened the premises on March 16, 1976 and, since then, many people pass by there to taste rich cuisine and talk about literature. Since 2015 a sculpture by Lorca presides over the place, a project of Oruezábal himself, named adoptive son of the city in 2015 and with which it was intended to recall the spirit of Café Alameda, formerly located in the same place as now Chikito, in the Plaza del Campillo.

Traditional in all its senses, the restaurant is a place with special charm. One of those spaces that remembers the tradition, to eat without hurry and enjoy gatherings without attention to the clock. Among its main recommendations are dishes such as Remojón granadino, foie with apple slices a la Pedro Ximénez, cod with bresa de pimientos, oxtail and an exquisite sirloin Nazari.

All this paired with wines from a well-selected and well-kept winery, which have made this place a benchmark of quality, dedication and gastronomic sensibility. 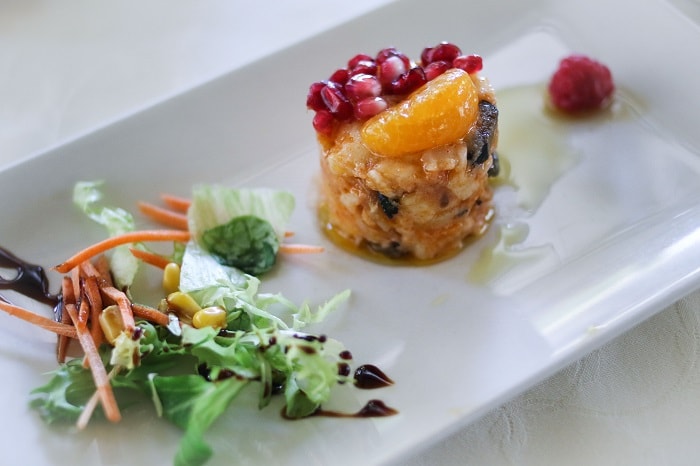 Hicuri Art Vegan’s menu is as extensive as it is tasty but no, do not look for meat because there is none. The restaurant is vegan for three fundamental reasons: respect for animals, health and care of the planet. “That’s how we make our tiny contribution and try to make this a better world for all its inhabitants,” they say on their website.

Located in the neighborhood of Realejo, Hicuri stands out for its casual, exotic and literary aesthetics, reflected in good part thanks to the work of different artists. Especially of El Niño de las Pinturas, omnipresent in this area of ​​Granada that is his home.

And, beyond being a house of meals, it’s also a place to meet with calmness and tranquility thanks to the tostadas, coffees, juices and natural smoothies that are served. In addition, Hicuri is also a store, in case you decide to make your food a bit healthier also when you cook. 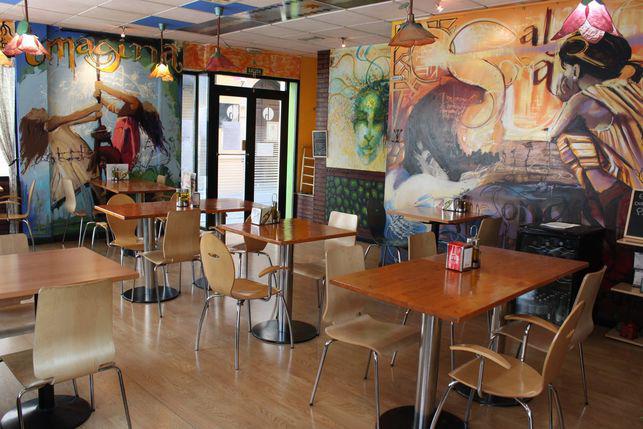 And while you are in Granada, don’t forget to join us on a Taste of Granada Food Tour  that will introduce you to the delicious local specialties as you learn about Granada’s rich culture and history.