Strategically located on Valle del Guadalhorce, to a bare 36km from Malaga is to be found Coin, a charming town known as the vegetable garden of Malaga. Its 22.000 inhabitants live between the Mediterranean sea and the center of Andalusia.
Framed between the Sierra de las Nieves and Sierra de Mijas, its soft descent towards the sea is full of contrasts observable on the terrain, the vegetation and farming. In some of its slopes, thyme, rockrose flower, olive and almonds are abundant, which are mixed with citrus species and the most recent avocados. 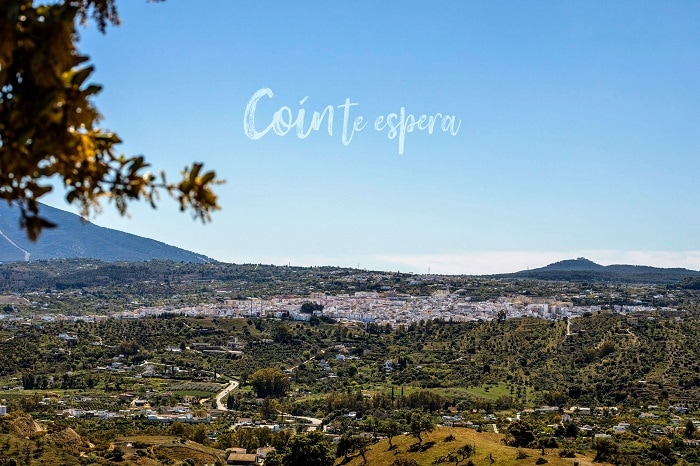 The wonderful vegetable gardens in Coin are  the cradle of the best Tomate Huevo de Toro (Bull Egg shaped Tomato), one of the great Malaga delicacies to enjoy throughout the summer season.

Not less known are its famous oranges, to which, each year, neighbors pay  homage at the end of May in a grand party that celebrates the end of the season.

We see then a town devoted to its rich gastronomical heritage, decorating its streets with the citrus color par excellence. Then, thousands of visitors and neighbors enjoy them in multiple forms, as juices, salads, soups, desserts and marmalades.

A gastronomical festival that also chooses the best Huevo de Toro, auctioning the best batches of this magnificent tomato that can enlighten our day with just  a little bit of garlic, extra virgin olive oil, a pinch of salt and  bread . 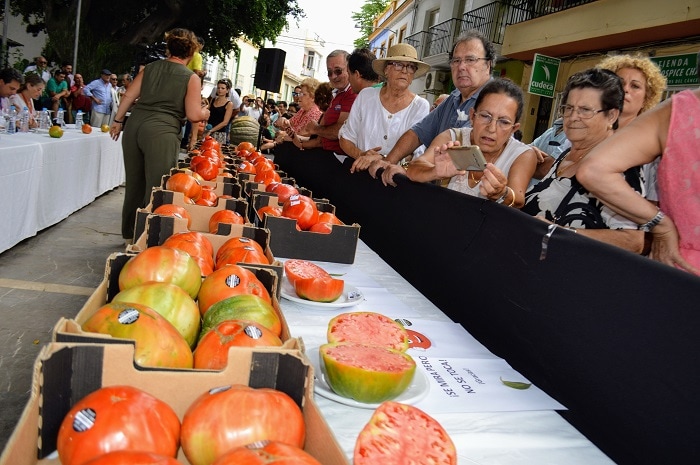 The wide varieties of its products can be bought each Sunday in its beautiful organic garden located next to La Trocha shopping center. An excellent place to buy all sorts of local delights just like the famous Coín bread, cheese, meats… and even to snack on some tapas.

Time to take a walk through its historic center, where we see the seams of an ancient town of Arab origin, built during the ninth century, on fertile land and near  Rio Grande.

Former prehistoric settlements already inhabited the area between the third and fourth millennium before Christ, as shown by different archaeological remains found.

It’s not until the beginnings of the X century that the settlement stars being valued as a city coinciding with its fortification as an order of the Cordoba Califate.

Some of the most prestigious medieval historians consider Hish Dakwanas (Coin moorish name ) Medina because it is disposed of a complete fence and of Mayor Mezquita.

Inside this already non-existent wall, a network of streets impregnated with the Islamic conception of space develops:

-They are tortuous roads, except for a main axis around the streets Cuesta de Los Molinos-Mesones, that joins two access gates.

-It lacks open spaces for meetings, except for the Main Squares and markets that were located near the access gates, such as Plaza de San Andrés and Plaza Bermúdez de la Rubia.

– It would also have representative buildings such as the Aljama mosque, then Santa María Church and convent, as well as bathrooms and other public places for administration. 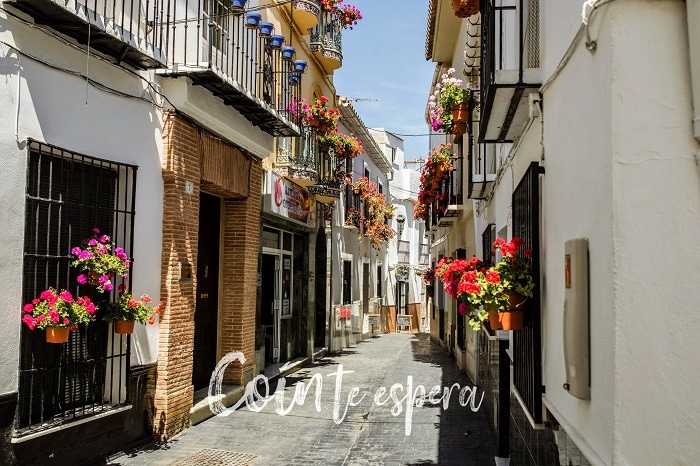 Nowadays, it is a modern municipality but with that peculiar charm of the Andalusian towns, rich in history and proud of its people, but at the same time very open, diverse and friendly.

Its lands and farms house numerous foreign residents, in love with this land, who decided to retire in it or open a business to settle down in the area.

Its natural landscapes are also known for their beauty, such as the area near the Rio Grande or Barranco Blanco, the latter shared with neighboring Alhaurín el Grande, where many neighbors cool off during the hot summer afternoons.

Coín has a rich heritage, with many monuments declared of Cultural Interest by the Andalusian government, such as the Antiguo Convento de Santa Maria de la Encarnación, The Church of San Juan Bautista or Nuestra Señora de Fuensanta Chapel in Rio Pereila.

During a day in Coin, you can visit the ethnographic and traditional ceramic museum Las Vistillas or the Ancient Convent and Church Santa Maria de la Encarnación, currently  restored. A beautiful building destined for cultural  purposes where we can visit two permanent ceramic exhibition halls by local artists, as well as other rooms for temporary exhibitions. In its Ethnographic Hall, we can learn what the farming tools were like during different eras and the Municipal Archaeological Hall.

A recent milestone for the city was the opening of the Antonio Reyna Manescau Center, a pictorial that honors and recognizes the life and work of the most illustrious and universal painter in Coín.

If what you prefer is to lose yourself among the locals to enjoy a good meal or tapas, their ventas are famous, such as Restaurante Platero, Casa Pedro, Casa Paca, or, at the downtown El Rincon de la Plaza, Casa Antonio or Jommara are good options to please de palate.

If you had to choose only one, the Restaurante Bohemia (Reina sofia avenue) is, undoubtedly a reference in Coín for the type of cuisine they make, always using local and seasonal products and the excellent presentation and adaptation they make of traditional dishes.

About the Author: Felipe Sánchez