It is not surprising that if in 1791 the city had six gardens, by the end of the 19th century it had 150, many of them private. The nineteenth century, in fact, has left in the urban fabric of Malaga two of the most significant green areas.

The first of these, due to its importance, is the Historic Botanical Garden of La Concepción, on the outskirts of the city. It is considered the most important subtropical garden in Europe and as proof of its exuberance, in these lands was filmed in the 40s of the last century a Spanish film set in the jungle of the Philippines and also in the 80s of the twentieth century it served as the setting for a famous television ad for Colombian coffee. 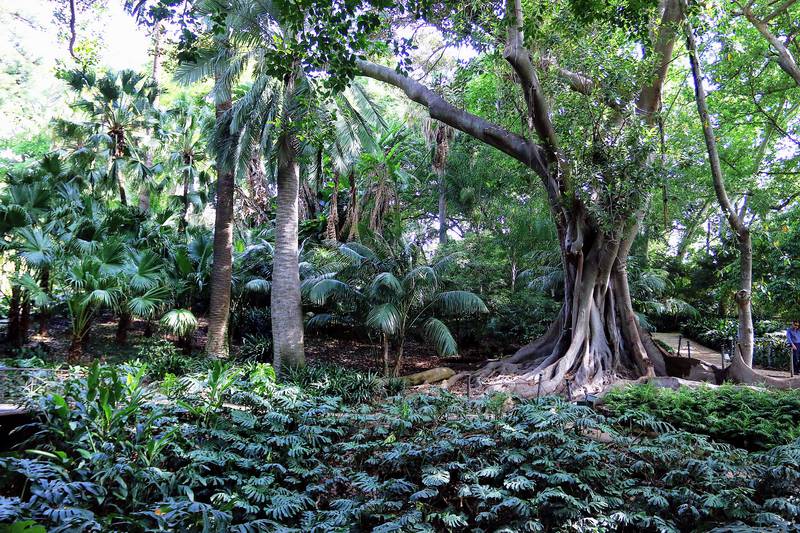 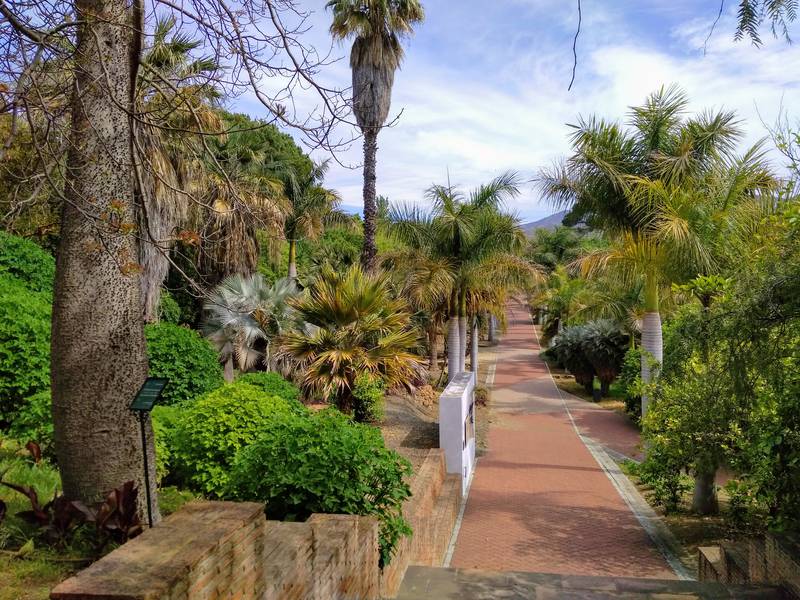 La Concepción was owned by the couple formed by descendants of two of the most powerful families of their time, Jorge Loring and Amalia Heredia, who transformed it into a garden. Legend has it that the boats of the Heredia family brought the seeds of half the world to Malaga. The reality is that almost all of them arrived by land from Spanish, Dutch, Belgian and British nurseries.

But La Concepción has three styles of gardens: an English landscape at the beginning; an Elizabethan court garden (in reference to the Spanish queen Isabel II) and finally in the twentieth century, a garden of regionalist brushstrokes. Inside can be found plants from five continents and especially valuable palm tree specimens.

In April, do not miss the huge arbor with the wisteria in bloom. Its fame made it a resting place for government presidents such as Antonio Canovas del Castillo or Francisco Silvela and was also visited, incognito, by the Empress Sissi. 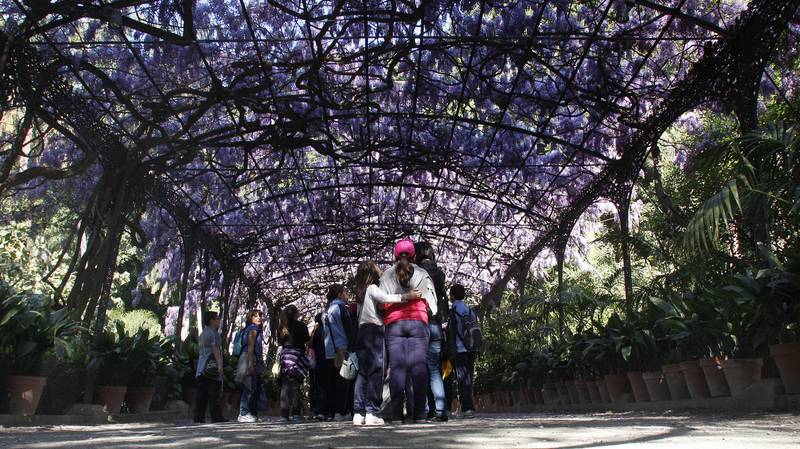 But the most important green space of Malaga is the Park, written in capital letters, located in a place of honor of the city, since it was born in the land reclaimed from the sea at the end of the 19th century.

Although it does not have much extension and is crossed by a large avenue, the Park has a great wealth of vegetation and can be considered a small botanical garden, with a large number of tropical and subtropical species that ensure that there are species in bloom year round.

In addition, inside is the concert venue are some of the most famous sculptures in the city, including a modest burrito, the work of Jaime Pimentel, next to the central area for children’s games. The donkey is Platero, the protagonist of the best known book of poems by the Spanish Nobel Prize winner Juan Ramón Jiménez. The tradition of Malaga’s children since they installed it in the 60s is to ride on the burrito and pose for a photo. 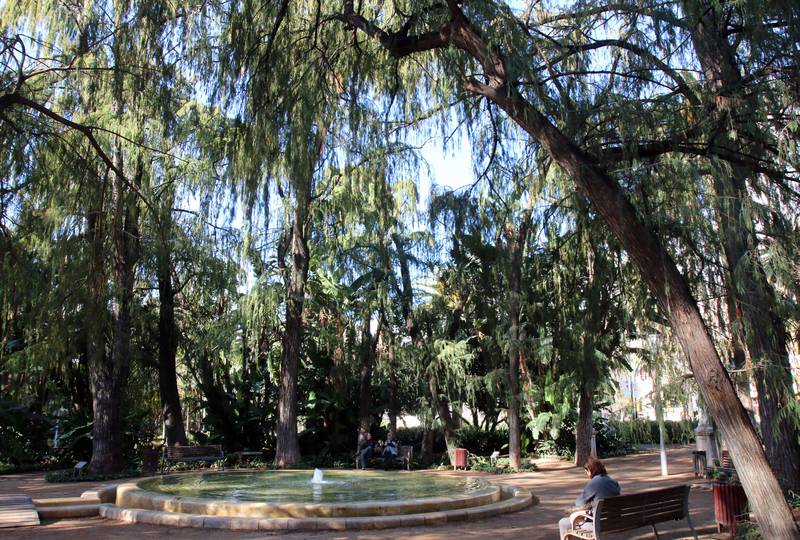 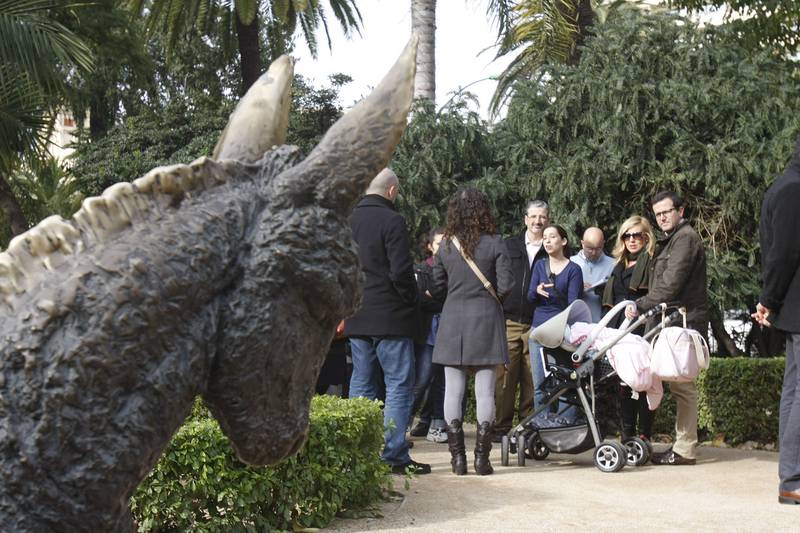 Another green leafy area full of history, thanks in particular to its magnificent ficus, are the Picasso Gardens, on Andalusia Avenue. Originally it was the gardens of the textile factory La Aurora, owned by the Larios family, one of whose members, the II Marqués de Larios, gives the most famous street in the city its name, known by the people of Malaga as the Larios Street.

In these gardens dedicated to the painter from Malaga is the impressive monument to Pablo Ruiz Picasso, the work of Málaga-born sculptor Miguel Ortiz Berrocal, who succeeded in transferring a Picasso creature to sculpture. The work was exhibited in the Champs Elysees of Paris before being permanently installed in Malaga in the 70s.

In any case Malaga also has more current parks, with a very modern design, one of them, the Parque del Oeste, with the double condition of being also a theme park of the Bavarian sculptor based in Malaga Stefan von Reiswitz Stefan’s works, heavily influenced by archeology and mythology and many of them with a hint of humor, have transformed the West Park into a dream garden worthy of Alice, the literary creature of Lewis Carroll, since the visitor can bump into it with prehistoric birds that take flight, snail headed armored romans, fauns who ‘listen’ to a book and sirens.

The West Park, with a large central pond, bridges and play areas, is completed by a small zoo in the central part. 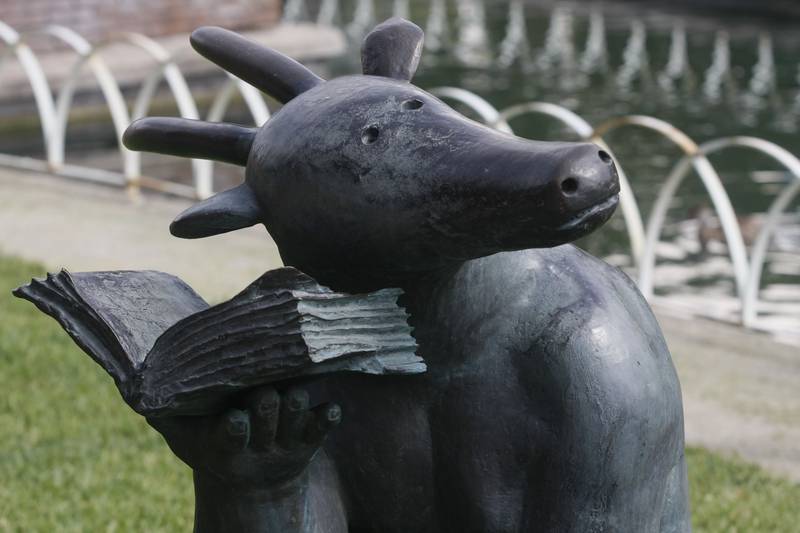 For those who want a different park, almost an advance in the urban area of ​​the neighboring Montes de Málaga, you can visit the Parque del Morlaco, in the eastern part of Málaga , which preserves a large pine forest preserved in the urbanization of the zone. Located on a hill, the views of the Bay of Malaga are impressive and there is no shortage of squirrels. 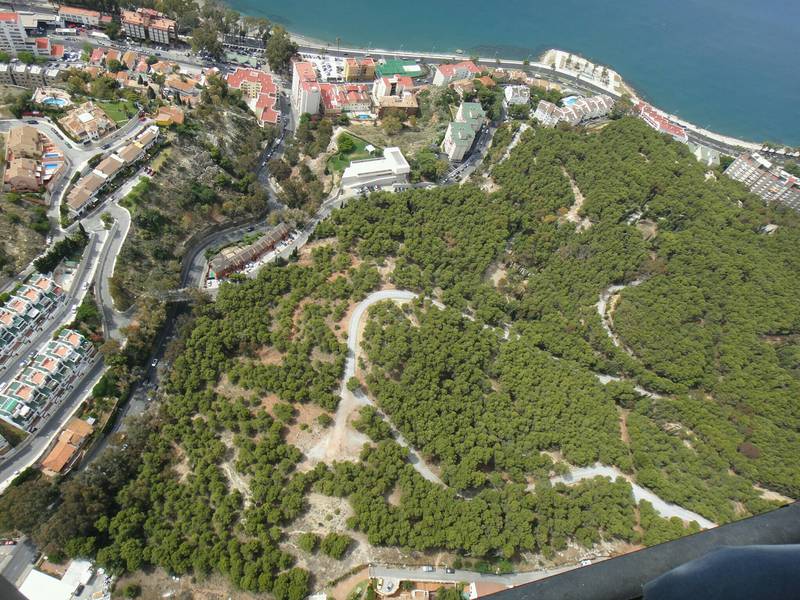 How to get there by bus: